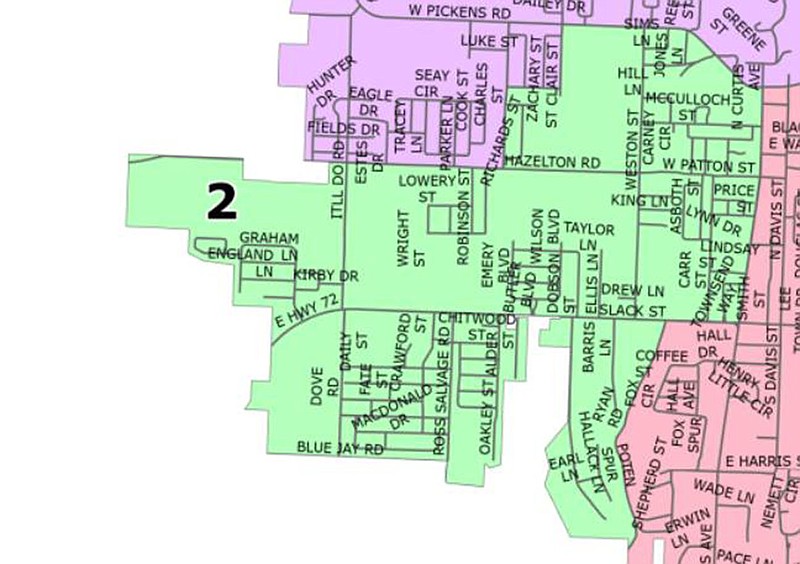 Five people have applied for the City Council seat and three for the Planning Commission seat available.

Applicants for the Planning Commission seat, expected to be vacated by Patrick Wheeless, are Jessica Grady, Samantha Flint and Greg Pickens.

No one filed to run for the Ward 2 seat on the City Council for the general election. Crabtree said the position term begins Jan. 1 and he anticipates the new Council to interview and appoint someone to the position in either January or February.

No one filed to run for the seat in the November election. There will be six City Council seats -- two from each of the city's three wards.

A current council member, Cody Keene, will represent Ward 3 instead of Ward 2, as the lines changed the ward in which he lives.

The city is accepting resumes, letters of intent from persons interested in serving as a council member to ward 2 for a four-year term. Candidates must live within Ward 2 which is in the southwest area of the city, west of Curtis Avenue, south of West Pickens Road east of Charles Street and south of Hazelton Road west of Charles Street. (See map online.)

Persons interested are asked to send their resume and letter of intent to Mayor Jackie Crabtree at [email protected] Crabtree said he isn't sure of when the appointment will be made. The term begins Jan. 1, 2023.

The city is also seeking resumes to appoint a Planning Commission member for the 2021-2025 term.