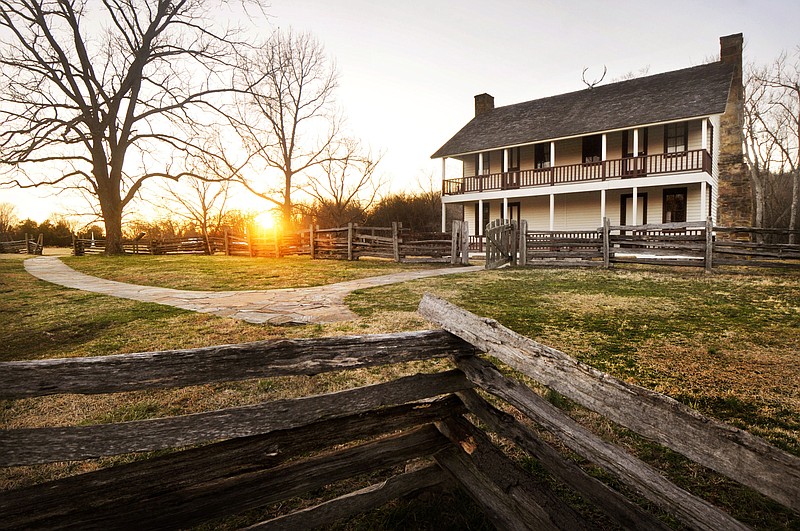 BENTONVILLE -- Two subdivisions east of Pea Ridge were approved by the Benton County Planning Board on Wednesday. One of them is adjacent to the Pea Ridge National Military Park, and a contingency was added requesting that the developer communicate with officials from the park concerning any historical artifacts found.

Both subdivisions -- the 30-acre Rick Neal Subdivision on the corner of Arkansas Highway 72 and Miser Road and the Willis Subdivision on 43 acres on the north end of Wilkerson Road -- list private wells for water supply and individual septic tanks for sewer.

Pea Ridge Mayor Jackie Crabtree, who is also the chairman of the Pea Ridge National Military Park Foundation, told planners the members of the foundation are not opposed to the development but they request that information about historical artifacts found be shared with park officials.

"We are not against the development. We request that they pay attention to historical significance there and, I know the park, if we can, will pay attention to monitoring," Crabtree said, explaining there was a lot of activity on that site during the 1862 battle. "The property is right across the street."

Acting superintendent Rachel Daniels had submitted a letter from Pea Ridge National Military Park stating there was activity associated with the Battle of Pea Ridge on the site where the subdivision is planned. She said the site is where Gen. Ben McCulloch was killed.

Planning Board member Rick Williams asked who owns historical artifacts when they're found.

Board member Bethany Rosenbaum, speaking via Zoom, explained that Pea Ridge National Military Park is a federal, not state, park. She said historians are as concerned with archeological provenance as with the artifacts themselves and that recording the site of the find helps provide information in the historical story.

"It's a communication thing," she said. "Legally, the property owner is under no law; it's just a request."

Williams asked that the request be added to the conditions of approval for the subdivision.

Nearby property owners Kenny Castoe and Michael Birge spoke during the public hearing. Castoe expressed concern about people living in campers on the property and increased traffic on Wilkerson Road, a partially dirt road maintained by the county.

Birge said part of Wilkerson Road is blacktop and the increased traffic has caused potholes, resulting in traffic encroaching on his property. He also expressed concern about the historic significance of the property and the beauty of the area.

"We don't want to take away from that beauty -- it's part of Arkansas' history. We need to slow down progress," Birge said. He also expressed concern about wells and septic systems and runoff into Otter Creek that he said "already backs up to my property."

Planning Board vice chairman Bob Bracy said the wells and septic tanks are governed by the Arkansas Department of Health.

Chairman Theresa Neal said people are allowed to live in campers on the property while building a home.

Board member Sandra Garza said Wilkerson Road is a county road and concerns about its condition should be presented to the Benton County Road Department.