Special app and bag is for young patients 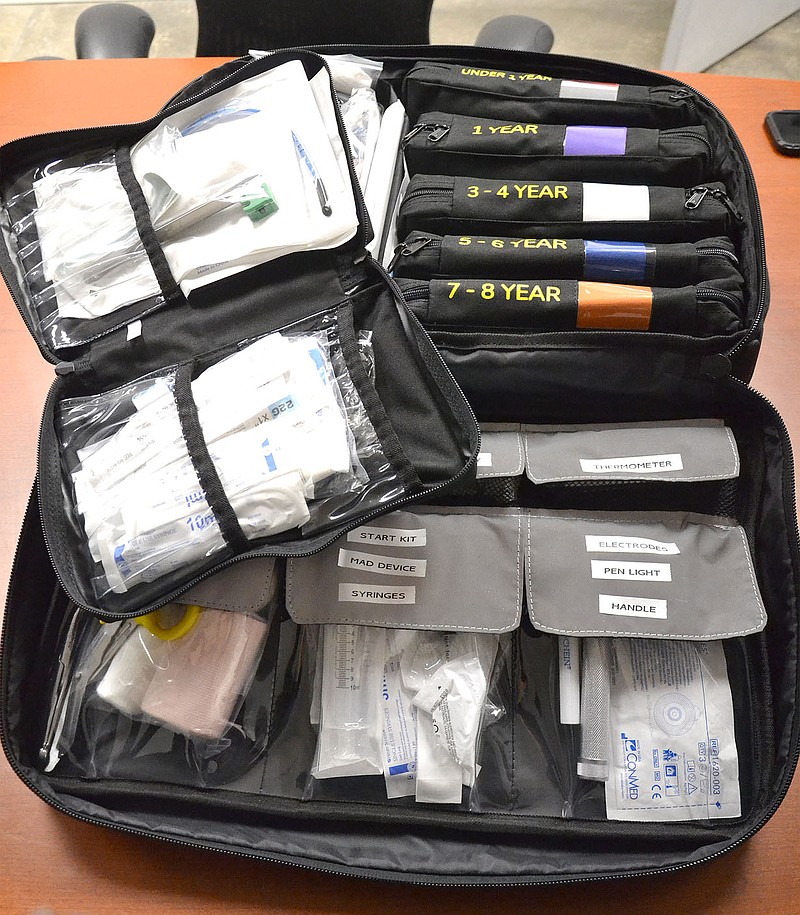 Medical personnel on the Pea Ridge Ambulance have new equipment that will facilitate care for children, according to Fire Chief Jared Powell.

A bag by Handtevy, ordered last January, has arrived.

"Handtevy is a pediatric resuscitation system proven to save lives and reduce errors," according to Hantevy's web site.

Powell said the crew previously carried the Broselow system, but this is "so specific to pediatric patients" and provides dosages and equipment based on age and ideal body weight. "So when we have a pediatric emergency, we don't have to be as concerned with weight as with age."

Powell said personnel use an app specific to the department to which all medication concentrations have been forwarded and the correct dosage is provided to the medic working with each patient. He said thanks to the immediate access possibility with the app, even with medication changes, the dosage can be quickly determined.

The year 2022 began with four pediatric cases in the first week, Powell said.

"When they come in, it's usually pretty serious," he said.

Because of the growth in the area, Powell said several of the medics decided this was something the department needed.

"It's a great tool for us, but something we hope we never have to use," Powell said, adding that with the former system, medics used a tape measurement and had to double check the dosage concentration and amount. "With this, we know the dosage is correct because they're specifically prepared."

"It's so much faster and it reduces risk of medication dosage error," he said. "It's accurate, efficient."

Personnel did an in-service training on using the bag and equipment.

Print Headline: Special app and bag is for young patients