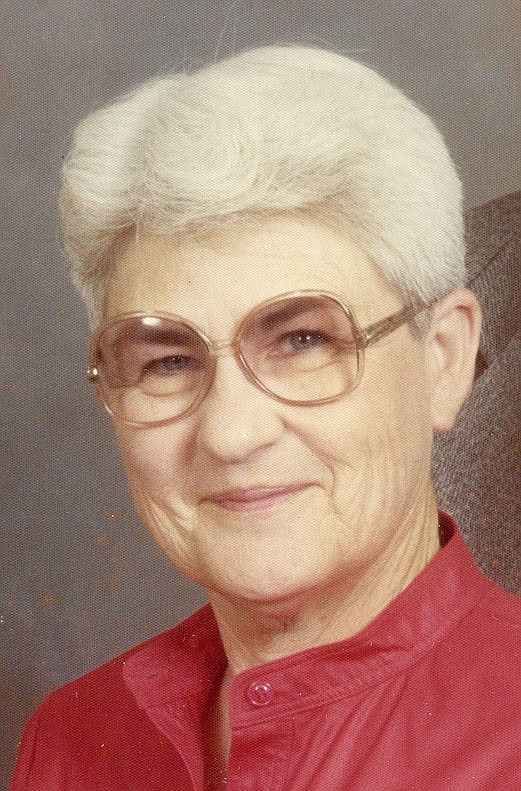 Editor's Note: The following is from Billie Jines' 1996 booklet, "The Streets of Pea Ridge." It has been updated to include new streets and those scheduled for future development.

As a reporter for a Fayetteville newspaper in 1959, I was summoned to Pea Ridge by the wife of Mayor Haskell Walker to consider her idea for a future story. I went, and found that the idea not only was worthy but that it fascinated me. It still fascinates me today, 37 years later. At that time, my family and I resided in Springdale but in only eight years would become a part of the Benton County, Ark., town of less than 400.

The idea was that after more than a century as a town, Pea Ridge had named its streets. And in doing so, had developed a unique system for naming the streets.

The event was started by the Pea Ridge women at their club, the official county extension name of which was changed several times.

Two members, Mrs. Eva Green and Mrs. Martha Mueller, were appointed to take the request for street naming to Mayor Walker. He complied and asked them to serve on a street naming committee with councilman Hugh Webb Sr. The three of them invited a Garfield historian, Alvin Seamster Sr., to help them.

Out of that committee came the idea to call all north-south streets after Union participants of the Battle of Pea Ridge, and all east-west ones for their Confederate counterparts. They selected names for the then-existent streets: Curtis, Davis, Dodge, Carr, Lyon and Weston for Union honorees; and Van Dorn, McCulloch, Slack, McIntosh, Watie, Greene, Price, Pike, Pickens, Lane, Patton, Stone, Hays and Clark for Confederate honorees.

The system worked well for a time just as a gentlemen's agreement. Then, the town began to grow, with developments and streets that sometimes were not named according to the policy. And sometimes, even when a battle participant's name was used for a street, the full name of the soldier was not included in the plats and records.

It was time to make the gentlemen's agreement into law. In 1995, under the leadership of Mayor Jackie Crabtree, Ordinance No. 215 was passed by the Pea Ridge City Council. The street naming segment of the detailed ordinance made it mandatory to use the north-south for Union and east-west for Confederate names of combatants of the Battle of Pea Ridge.

There was one thing yet, though: a decision had to be made as to who the honorees were for some of the streets for which only a last name was known. The developers were not always able to help. An example: Ridgemoor Estates had been developed by a father-in-law and sonin-law team. The fatherin-law had selected the names, but now he was deceased and his son-inlaw did not know the full names of the honorees.

This problem was handled by the Pea Ridge Planning Commission under the leadership of Jay Hale. For instance, which of the soldiers named Smith was Smith Street named for: It was a Union street, and there were 33 potential honorees on the list at Pea Ridge Military Park. A decision had to be made on these 22 streets -- and so it was on April 2, 1996.

Now it was time to present all of these street names to the public.

• Black Street -- Leads from North Davis Street to the Blackhawk Stadium Football Field. Honors Lt. John M. Black of Co. F, 34th Arkansas. He lived in the Pea Ridge area, and is buried at Bentonville. Among his descendants are three who have served as sheriff of Benton County, John Black of Bentonville, his brother, the late Hugh "Tater" Black, who was serving as a U.S. Marshal when he died in 1996, and their cousin, Bill Black.

• Brooks Street -- Honors Maj. W.H. Brooks of the 1st Arkansas Cavalry Battery. Located in the Tyler Estates, which is on the north side of Hayden Road (Ark. Hwy. 265), and was approved by the Pea Ridge Planning Commission in 1996.

• Carden Road -- Turns east off of South Curtis Avenue just before the highway (Curtis Avenue) goes off the ridge down into Little Sugar Creek Valley. It honors William Lewis Carden, who was with the 15th Northwest Arkansas Mounted Rifles. He came to Pea Ridge area as a 3-year-old with his parents from Tennessee. After the war, he settled northeast of town and reared his family there. He drew a Confederate pension here in Benton County and was buried in the Carden Cemetery near here.

• Earle Lane -- Connects the Union street of Halleck to a double one called North and South Poten Spur. No Earl or Earle could be located on participant lists, so it was decided by the Pea Ridge Planning Commission to name as the honoree Major Fontaine R. Earle of Washington County. He apparently did not participate in the Battle of Pea Ridge but did in the Battle of Prairie Grove the next December. As part of the 34th Arkansas Infantry, he did fight with some for whom local streets were named, such as C.L. Pickens, John Black and John M. Pace. All were photographed together at a reunion of the 34th in 1891. The Earle Camp No. 1453 Sons of Confederate Veterans in Washington County honors his name. He was the first president of Cane Hill College, now the University of the Ozarks and located at Clarksville.