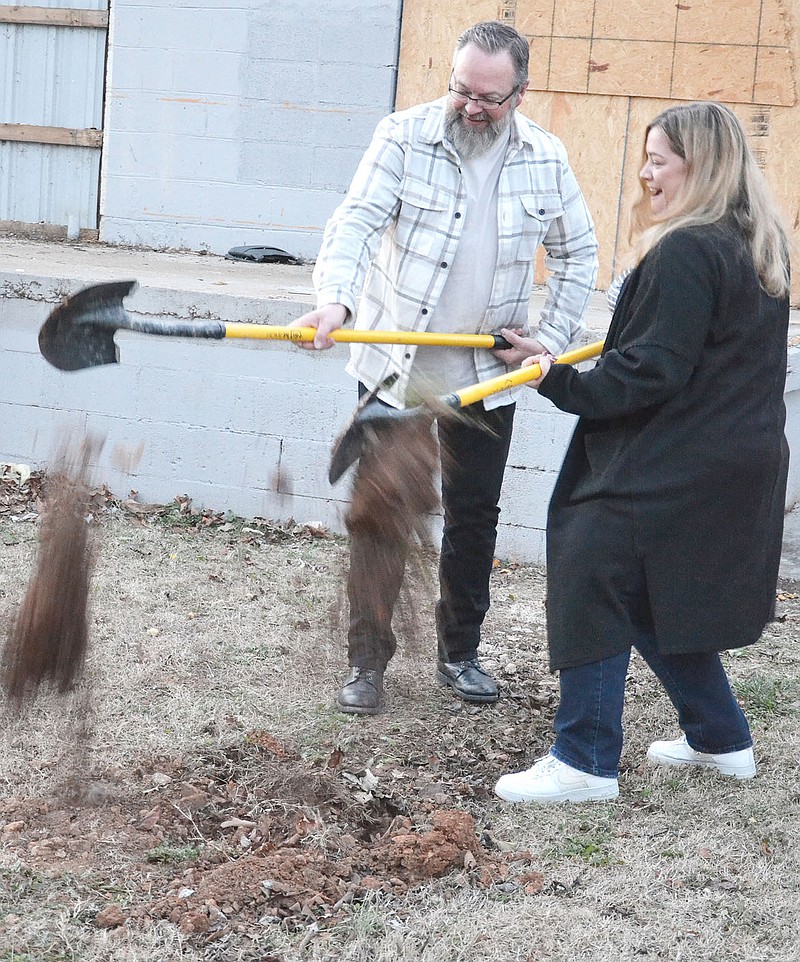 TIMES photograph by Annette Beard Pastor David Austin and his wife, Julie, turned the first shovels of dirt Wednesday, Nov. 30, for the groundbreaking ceremony for the new sanctuary at The Ridge Church, Pea Ridge.

Speaking to a group of church and community members gathered for the groundbreaking for a new sanctuary Wednesday, Nov. 30, The Ridge Church pastor David Austin shared that the first song he heard when getting in his truck was "If the Lord builds the house.... "

"We waited for 10 years to do this," he said. "Probably longer than that; actually it was more like 16. I know in my leadership it's been 10 years. Except the Lord build the house, they labor in vain who build it.

"This is not your efforts and just my efforts, this is what God can do through a group of people who love Him, who are called according to His purpose, who lean upon Him, the author and finisher of our faith and this is what God is doing," he said, prior to asking his wife, Julie, to pray.

He said he believes the church is to be in the community for generations.

"As we begin to break ground, we are breaking ground for our future because our future is bright," he said, pointing to a group of children in the gathering. 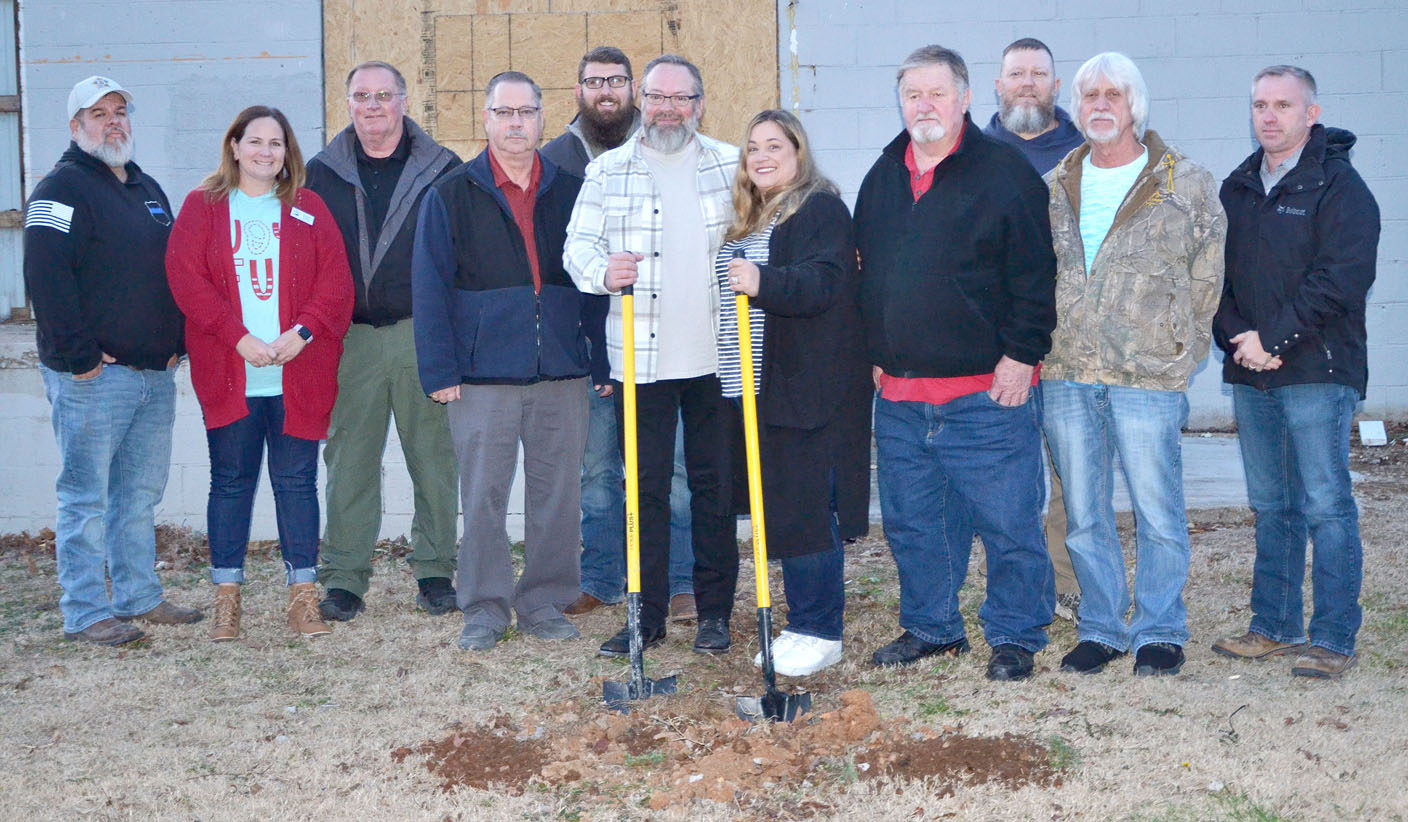 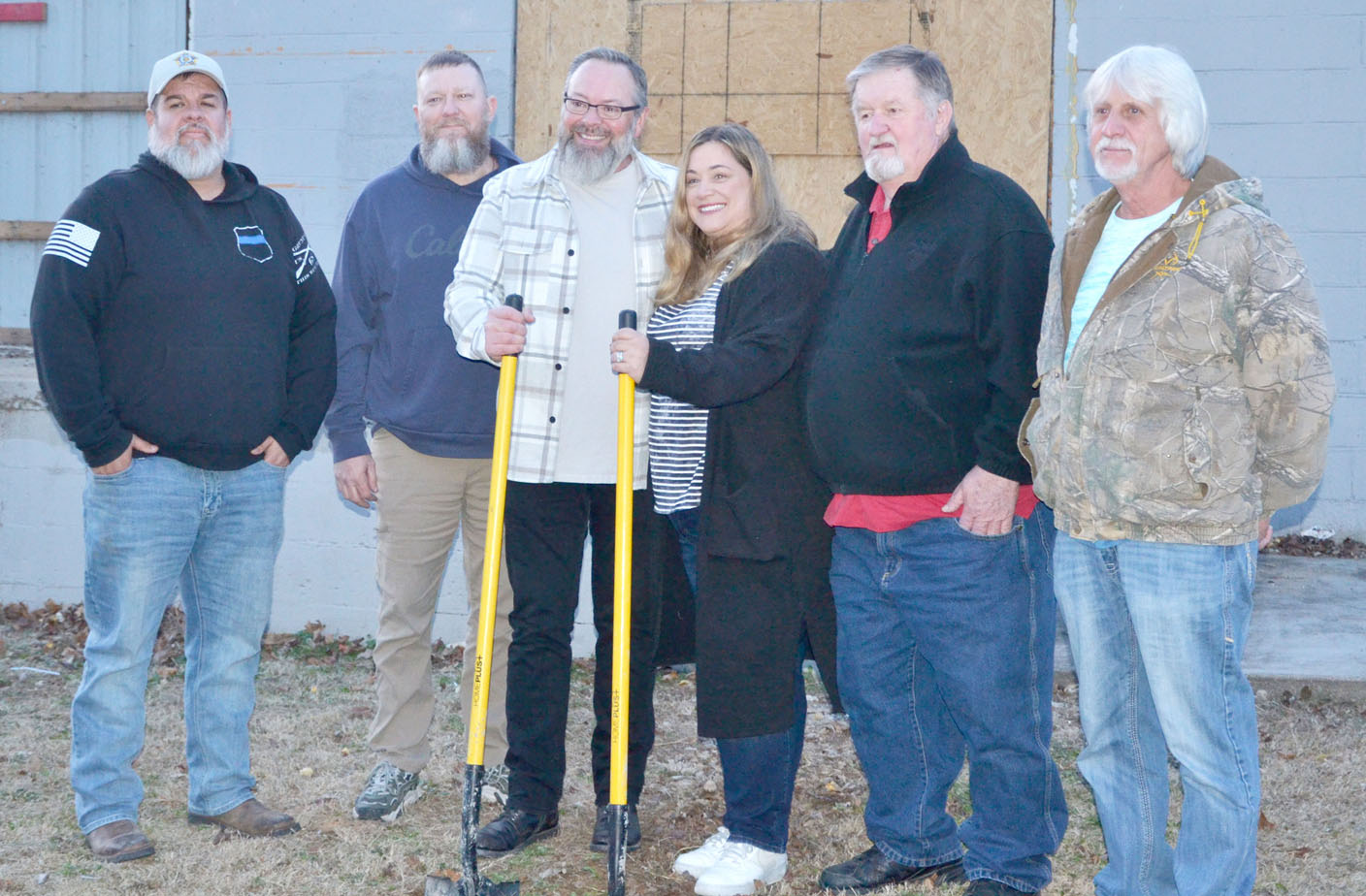