Retiring mayor credits family, God for call to many years of service 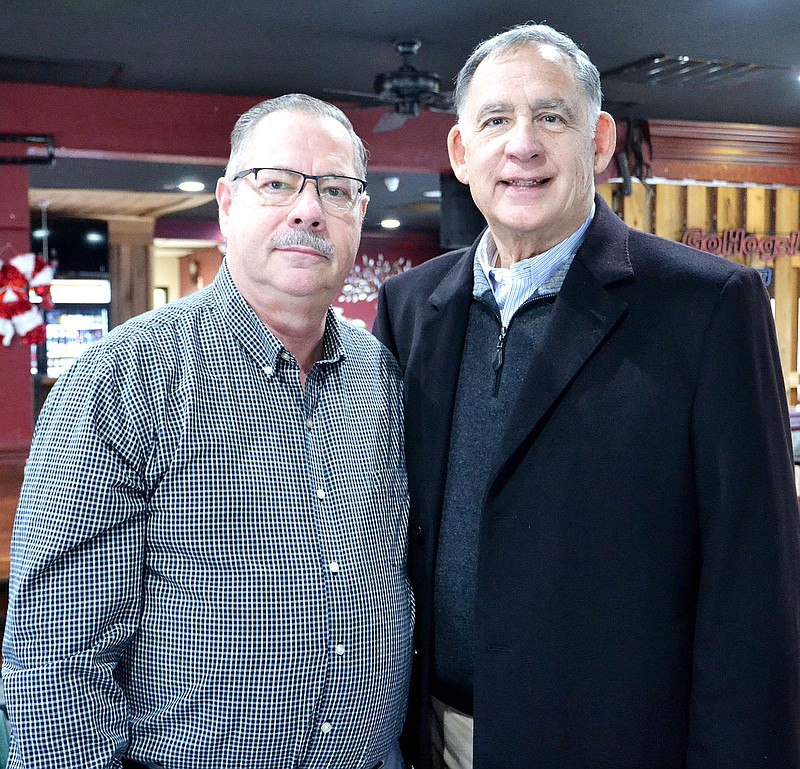 Ironically, Jackie Crabtree did not initially seek public office. He served for five years on the Pea Ridge School Board, then 27 years as mayor.

When reflecting on those years, he said: "School Board wasn't my idea. Freida (his wife) and Eric (his son) decided I needed to run. That's how I got on that."

"There was nothing I really sought. It was something I felt like I had all the qualifications to do ... it was more God directed. These were areas He put me into instead of me seeking those positions," he said, recalling that a lady at his church said he should run for mayor back in 1994.

In 1994, the position was a part-time one. It became a full-time position in 2004. Crabtree has seen opponents over the years, but maintained his seat until deciding not to seek re-election this year.

One accomplishment of which Crabtree is particularly proud is the City Hall that is a combined project with the School District.

"It's still unique in the state, maybe the only one in the country," he said of the building.

He's glad that more business has come into town, increasing the tax base providing additional money to the city coffers. He said that was a result of networking with business owners, touting the qualities of the city and encouraging businessmen to look at Pea Ridge and not over it.

He said housing growth has had a tremendous impact upon the city and throughout the years, the city codes have changed to adapt to the need including changing lot sizes.

A native of northwest Arkansas, Crabtree has been a lifelong resident of the Pea Ridge area. He graduated from Bentonville High School in 1972, then married his high school sweetheart, Freida Sue Booth. They have one son Eric who is married to Shelly Cole Crabtree, and they have two daughters, Mahala and Kaylea. They live in Springdale.

Crabtree currently serves on the following boards, committees, or commissions:

Board member and past chairman – Southern Municipal Conference.

Editor's note: This is the second in a three-part series on Mayor Jackie Crabtree and his years of service.