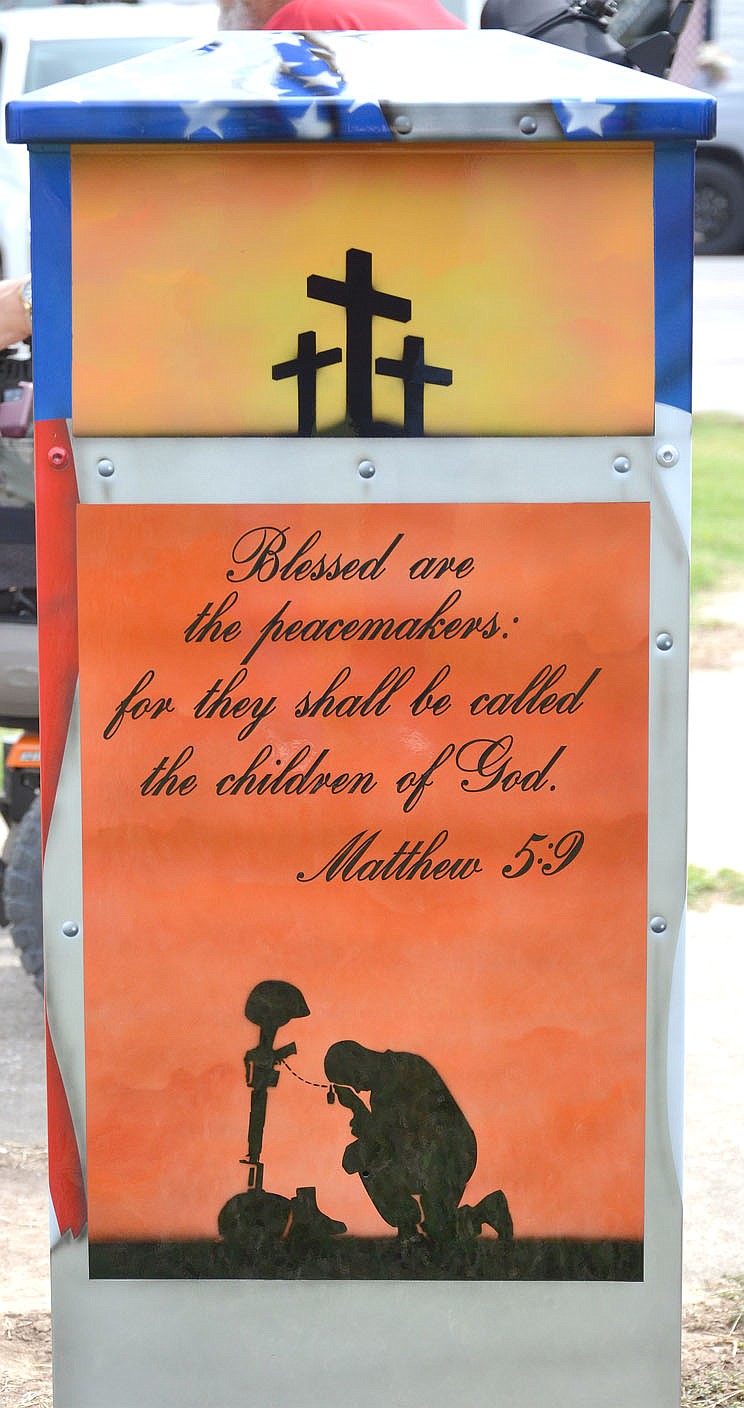 The design on the back of the flag drop box includes a Scripture: &quot;Blessed are the peacemakers: for they shall be called the children of God.&quot; (Matthew 5:9)

"Now we can be proud of it," Howard Schuettpelz said referring to the refurbished drop box near the veterans memorial downtown.

Members of the Wood-Hall Veterans of Foreign Wars Post 8109 expressed delight and excitement about the box painted by Purvis Cope of Summit Truck Group.

Tattered flags may be placed in the drop box to be collected by members of the VFW for appropriate retirement.

"So they can be retired properly," Braxton Hurst, VFW commander, said. "And we collect them and once or twice a year we'll have a flag burning ceremony."

"It was so full one time, we couldn't open it," Schuettpelz said.

"That's all airbrushed," Cope said, adding that he volunteered his time and Summit Truck Group donated the materials.

"It was sun faded. Stickers were on it. It was painted black," Hurst said. "Purvis took his creativity. This is better than anything we could have sketched or asked for!" 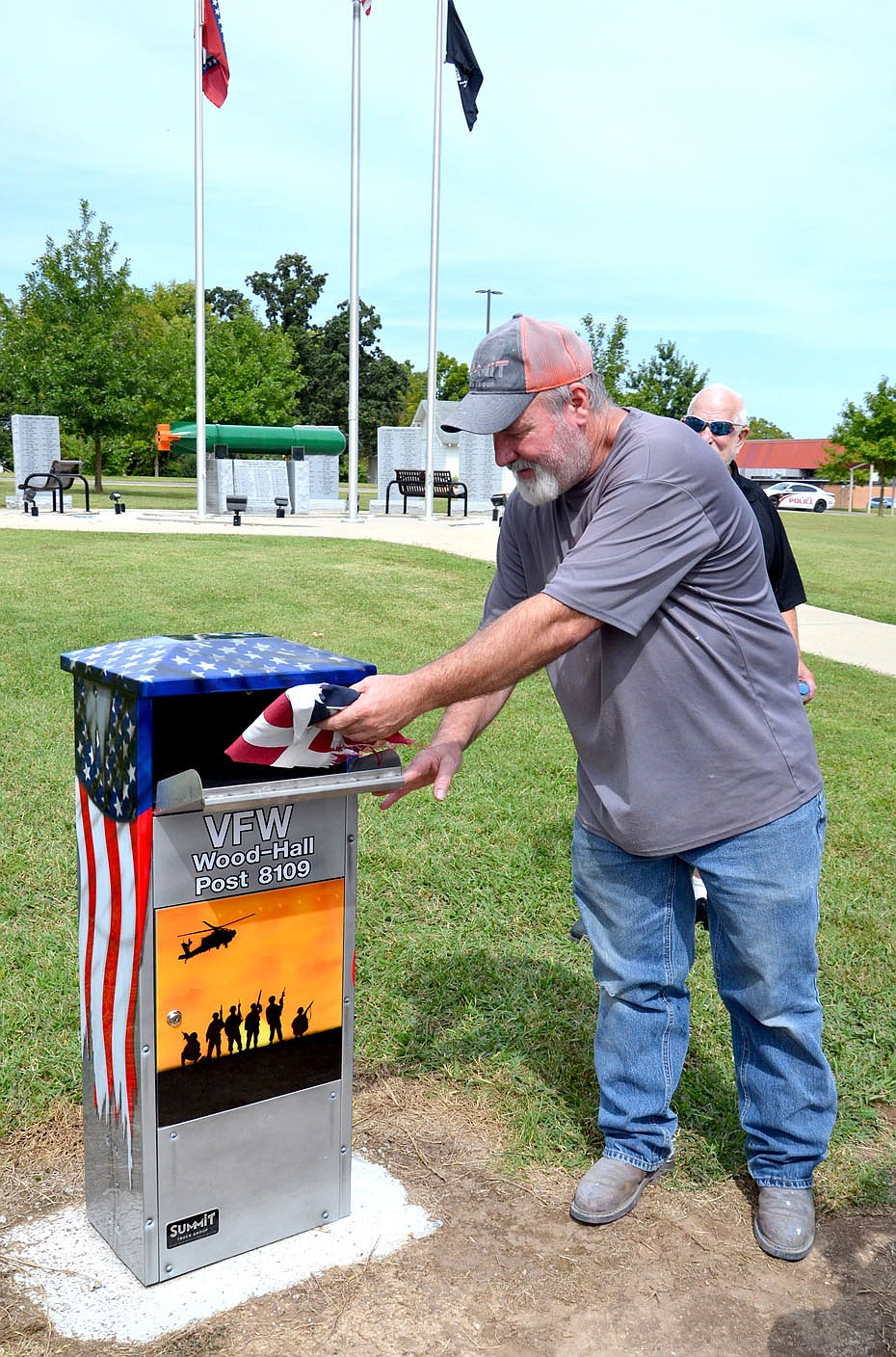 Purvis Cope, who refurbished and painted the flag drop box for the Wood-Hall Veterans of Foreign Wars, placed a tattered flag in the box Friday, just after it was unveiled.

Veteran John Vincent affixes the flag drop box to bolts in the concrete in front of the Veterans Memorial downtown Friday. 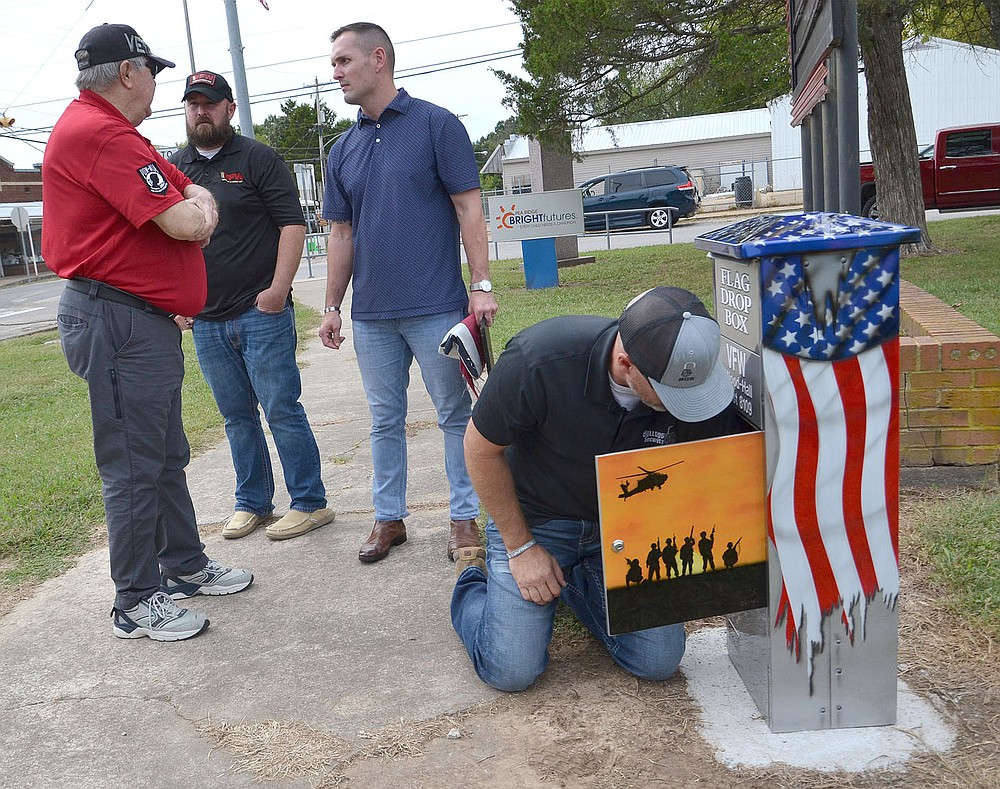 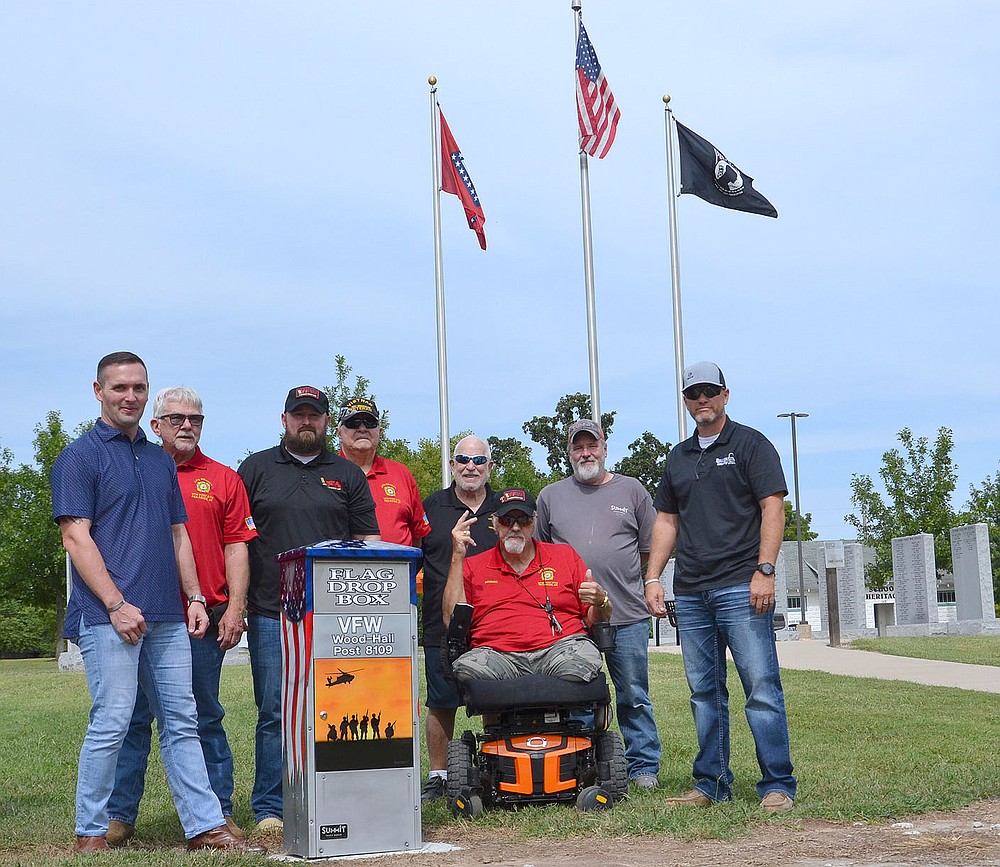