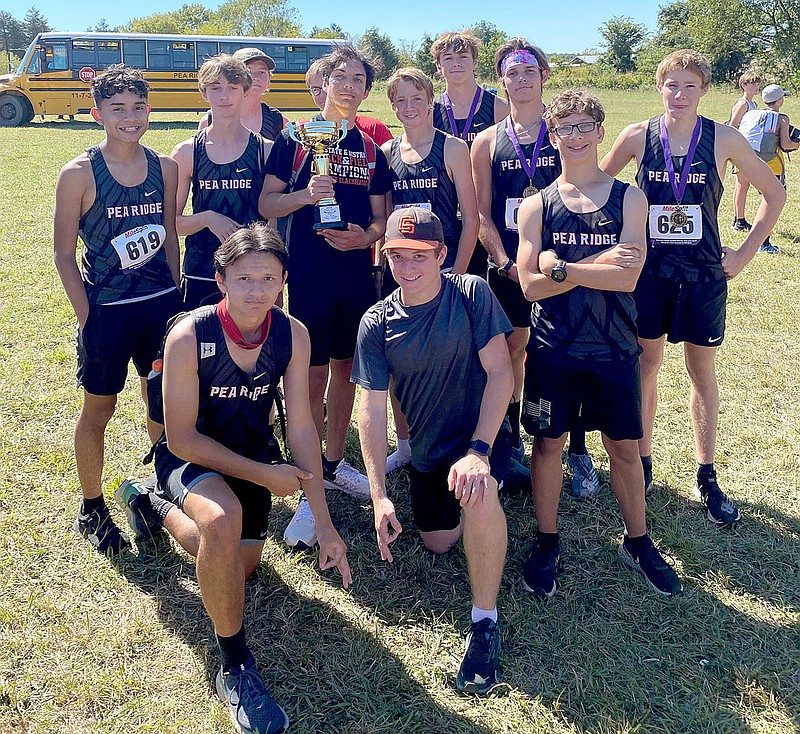 The Blackhawk boys cross country team claimed the Berryville Invitational by the scantest of margins with the Lady Hawks coming up just short of a championship in the same fashion.

Both individual titles were taken by Pea Ridge athletes with sophomore Tian Grant zipping over the 5K course in just 17:04 to win the boys' race and senior Liz Vasquez running past the competition to win the girls in 21:06.

The Blackhawk boys won a very tight race, by just a single point over Farmington with a score 28 to 29. Prairie Grove finished a distant third in 79 with host Berryville winning fourth with 110. The Hawks led by a point with one runner in, then led by 2 after two runners. Farmington came back to tie the Hawks after three runners, and then led the boys from the Ridge by 2 with one runner to go. The Hawks' fifth runner, junior Sebasttien Mullikin, outran his counterpart on the Farmington by 3 points, erasing the deficit and winning the title.

It looked the girls had a great chance to win the title with Lady Hawks taking the first three individual places. Vasquez won, followed by sophomore RyLee Raines in second (21:46) and senior Kamree Dye finishing third (21:49). The Hawks led by 3 after one runner, 6 after two with a 10-point cushion after three. Harrison's deeper squad more than made up the deficit in the final two scores, enabling them to make off with the championship by a point, 36-37. Gravette was well back in third at 62 with Farmington in fourth with 79.

The Pea Ridge Junior Boys also had a good outing, claiming the runner-up trophy in their division. Led by Trey Bounds, who finished with the silver medal in the overall competition, the Hawks were second behind Farmington in the team race, 25-59. Host Berryville was third in 64, with Prairie Grove in fourth with 98.

Bounds covered the 2-mile course in 12:10 for second, leading four other Hawk runners into the Top 20.

The junior girls matched the junior boys with a second place finish and they matched the senior girls by losing by just a single point, 44-45 to Farmington. The girls had a 5-point advantage with three runners in, but the lead vanished with the Cardinals gaining 6 points over the final two scoring runners to take the slim victory. Host Berryville was third with 75, then Harrison with 88 and Gravette with 97.

The girls look to be even stronger next season as their top three finishers were all eighth graders. Brenna Walker took the second place individual medal in the 2-mile event in 13:55. Bailey Walker was fourth in 14:08, and Kennedy Fox was seventh in 14:53. The other two scorers were Emily Scott, 13th (15:39); and Isabelle Etzkorn, 20th (16:11). 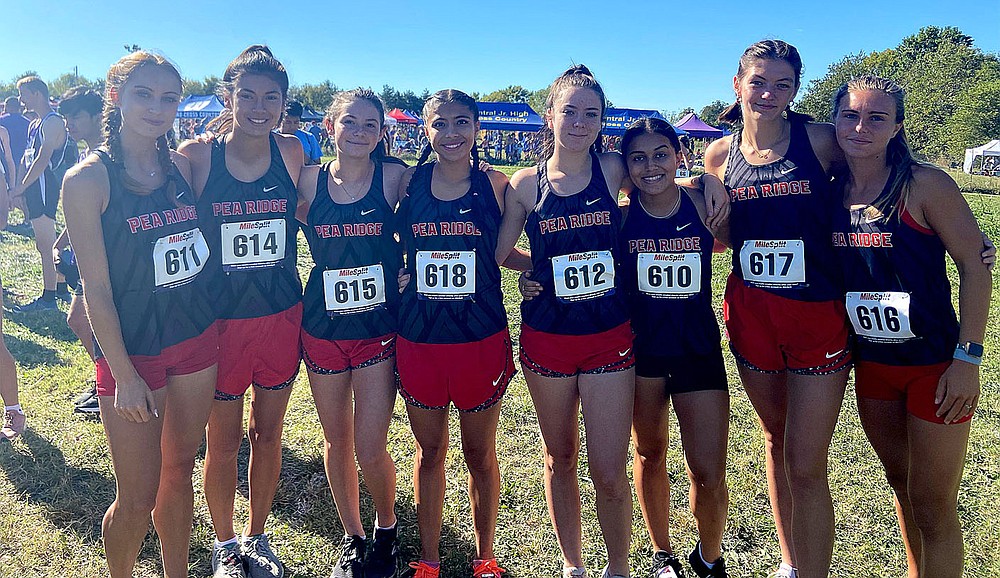 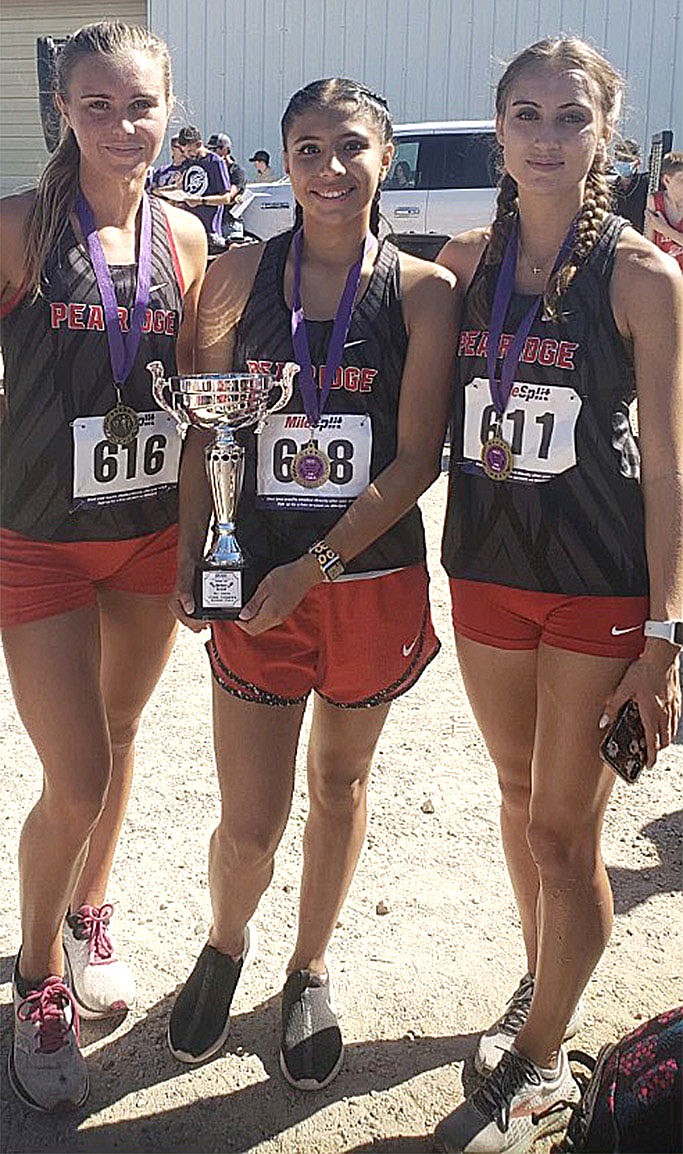 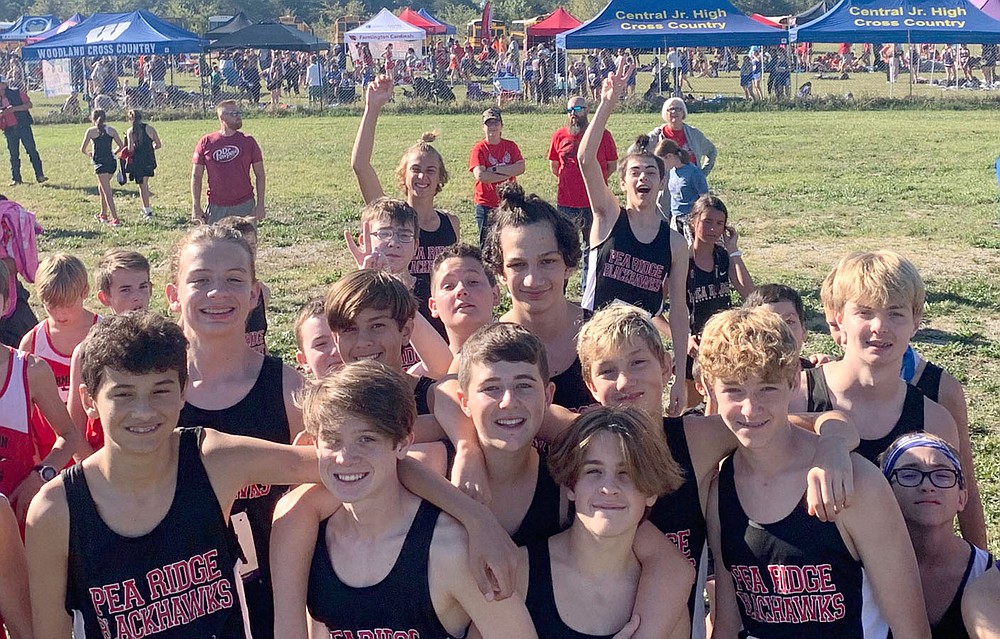 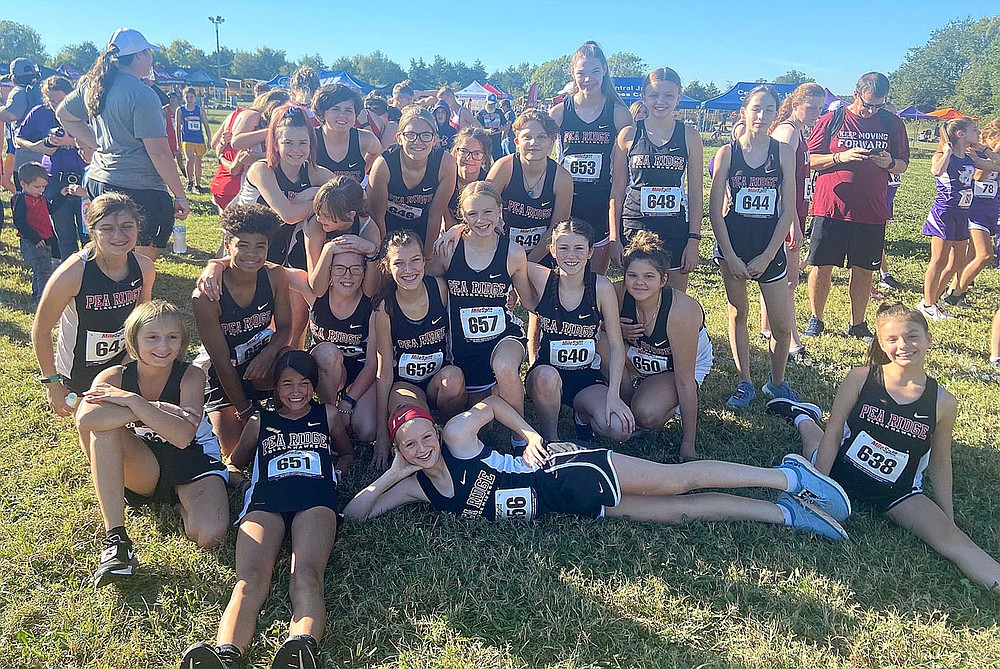 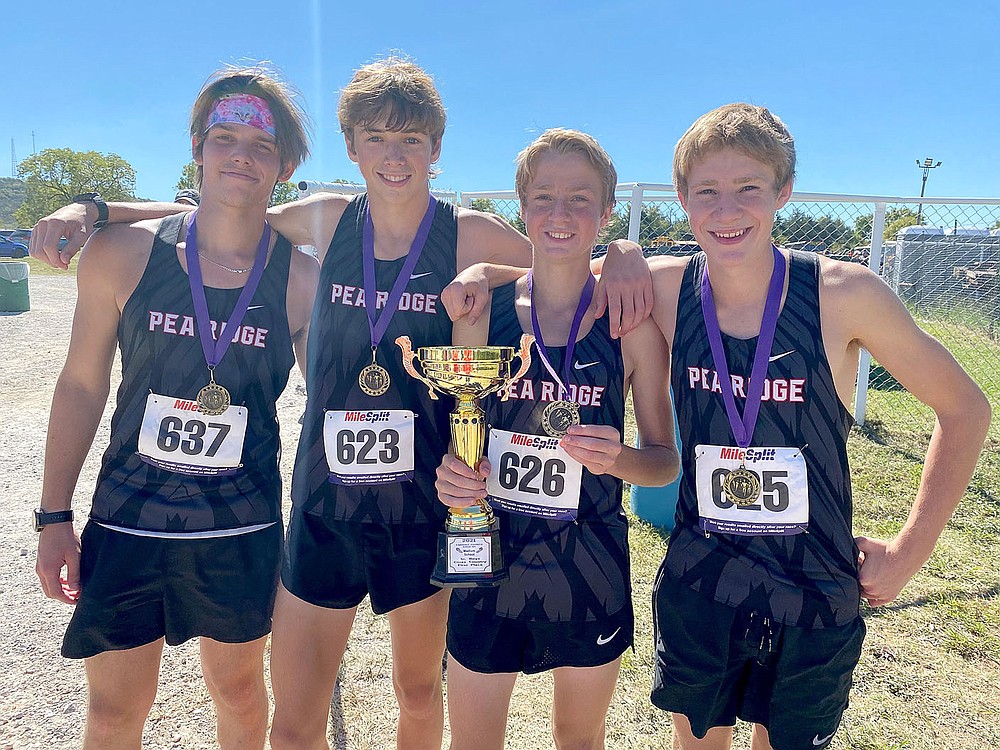 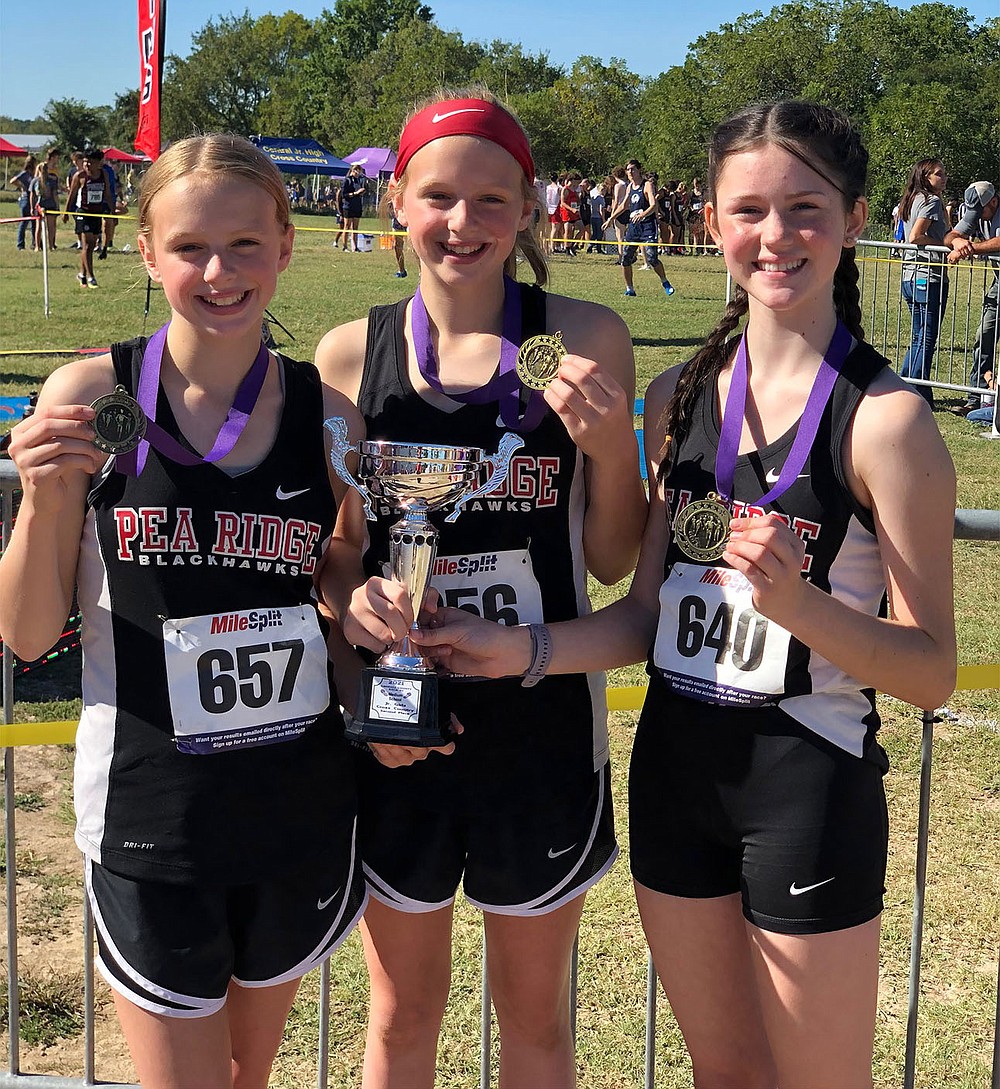 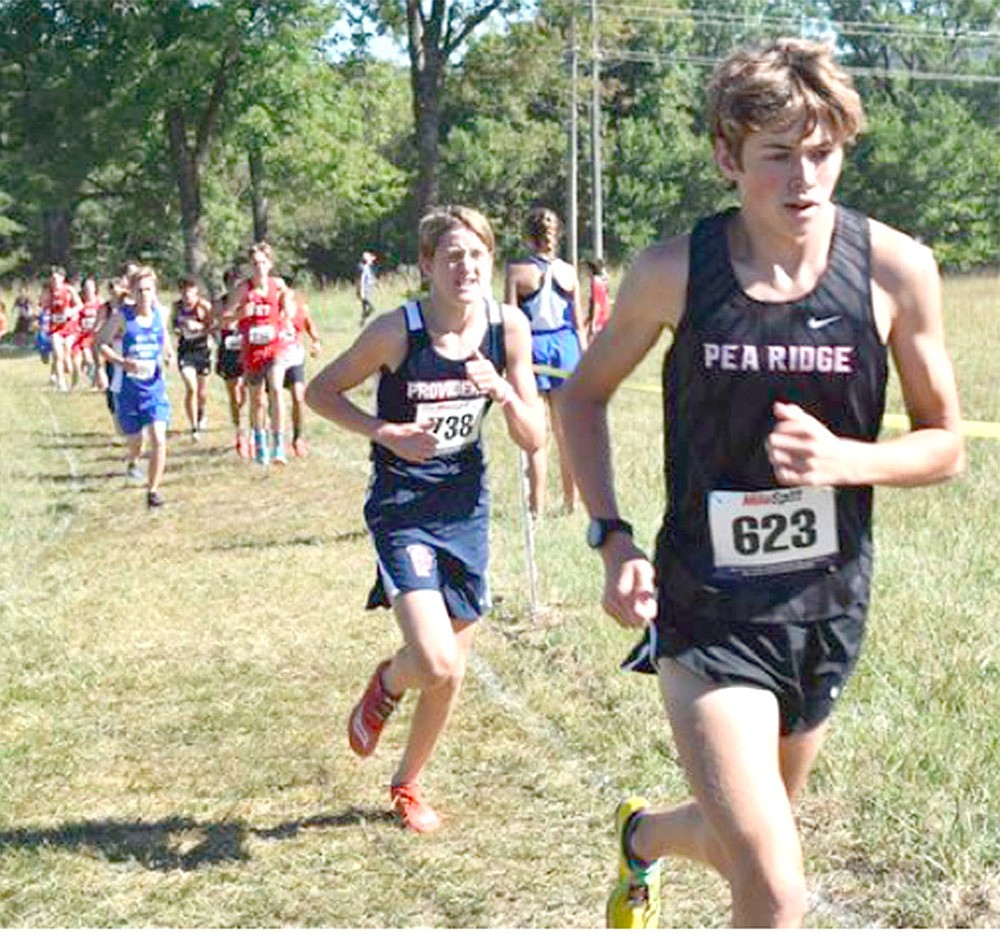 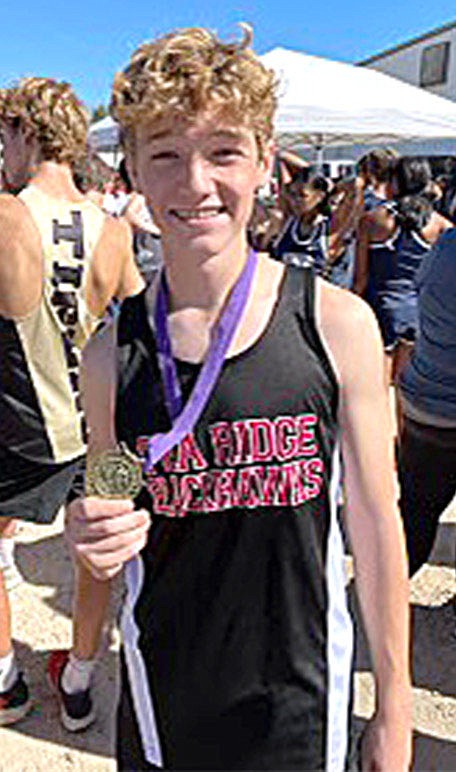