Hawks compete with 5A, take second at Elkins 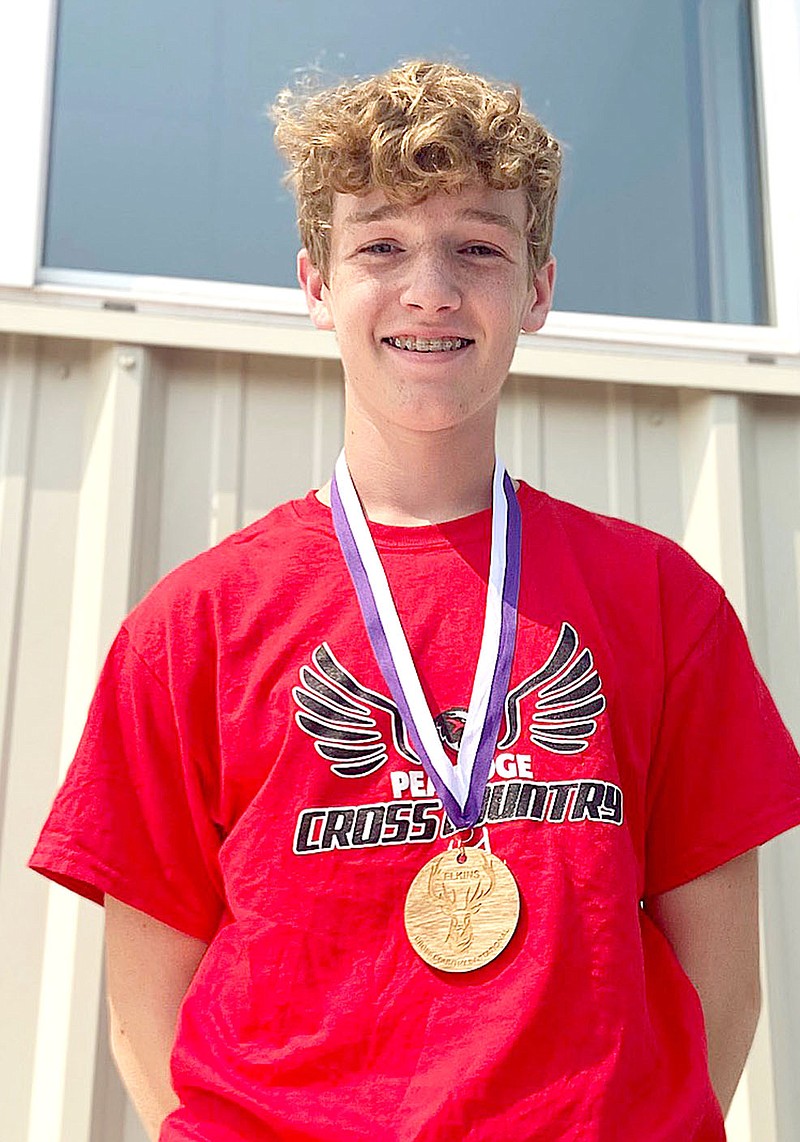 The Hawks' sophomore Tian Grant added another title to his resume, running the 5K course in 17:31 to best Siloam Springs' best runner by 20 seconds. Grants's brother Grandon took fifth in 18:11 to solidify the Hawks' hold on second, with a ninth place finish by sophomore Troy Ferguson in 18:38 giving the team a 20-point edge on third place finisher Farmington.

Siloam Springs won the meet with 22 , followed by Pea Ridge 55, Farmington 77, Prairie Grove 152 and Huntsville 177. The Cardinals' efforts likely make them the top team to challenge the Hawks for the 4A-1 title later this season.

The girls' squad was in a four-way battle for the championship with Gravette's girls eventually winning the title with 56, Shiloh taking second with 69, Siloam Springs third with 71, and Pea Ridge fourth with 72. The Hawks were far ahead of fifth place Farmington which scored 114.

Shiloh led by 5 points after the first three runners, but Gravette's last two runners bested Shiloh's last two by 19 points. Pea Ridge was ahead of Siloam by 2 after three runners but the Panthers' depth was just enough to beat the Hawks by 1.

The Pea Ridge junior girls took second with 72 behind Siloam Springs' winning total of 44. Farmington finished third with 94, Berryville was fourth with 100 and Gravette took fifth with 140.

The Pea Ridge junior boys finished fourth with 126. Siloam Springs won the meet with 32, Farmington was second with 49, Shiloh was third with 84 and Huntsville finished fifth with 128.

Next up will be the Siloam Invitational with more than 20 teams entered in the 1A-4A division along with the Blackhawks. The boys team will be looking to stay undefeated against 4A competition. 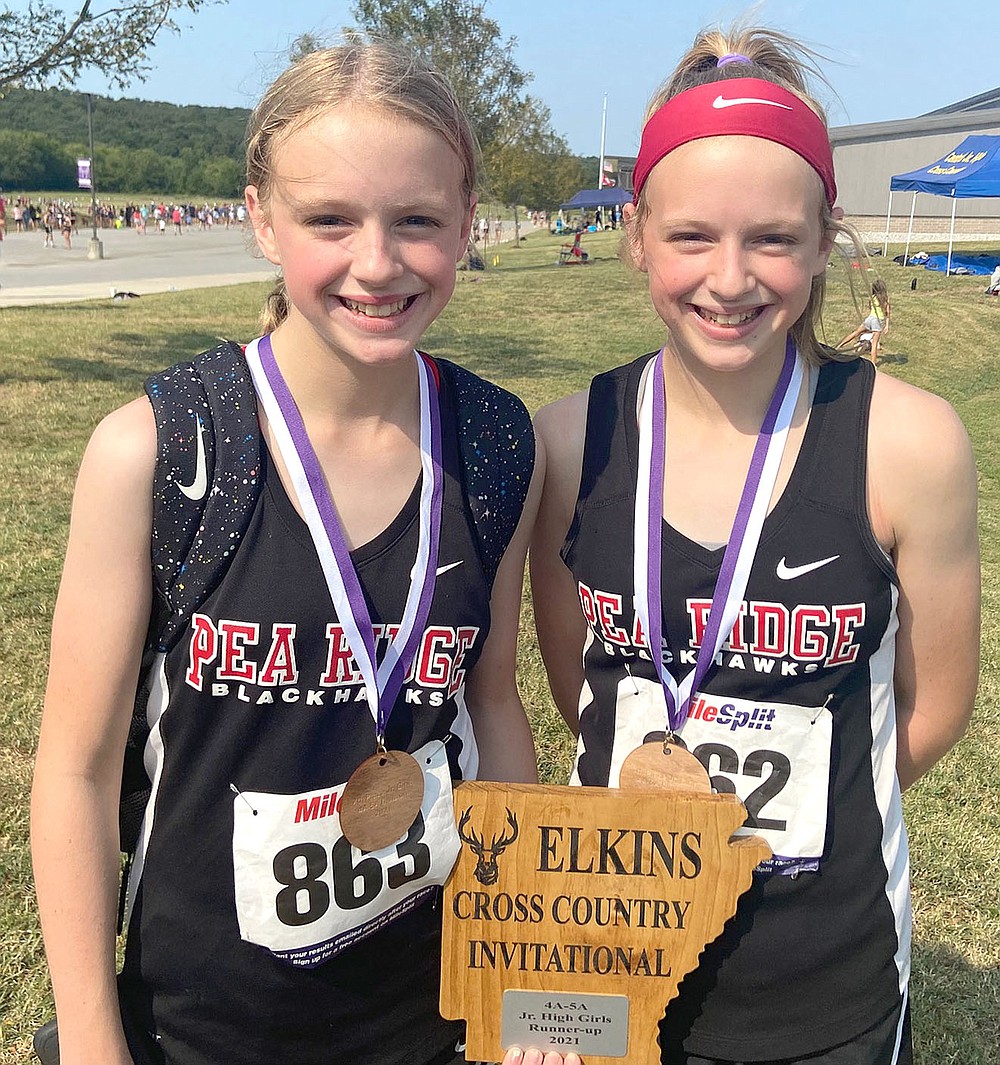 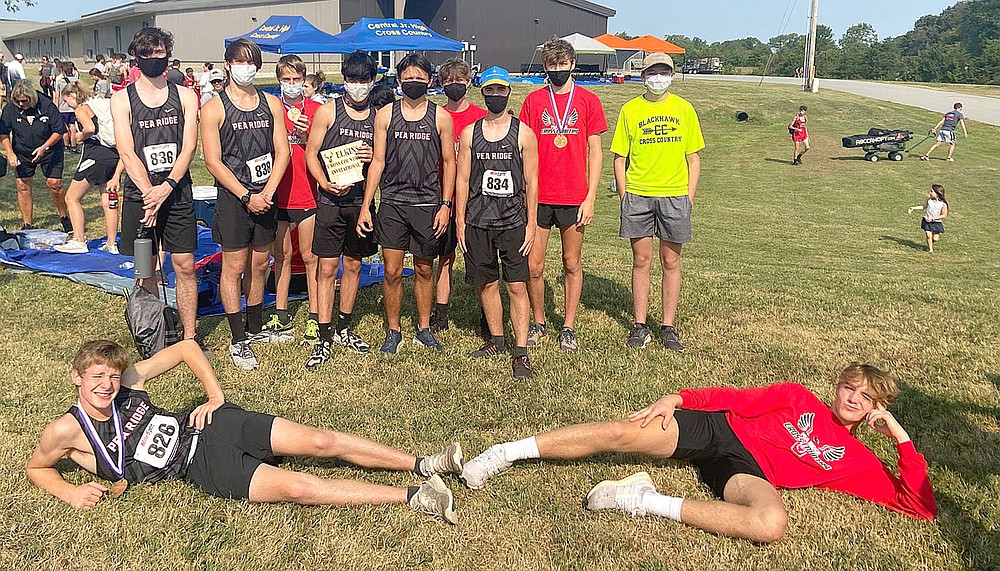 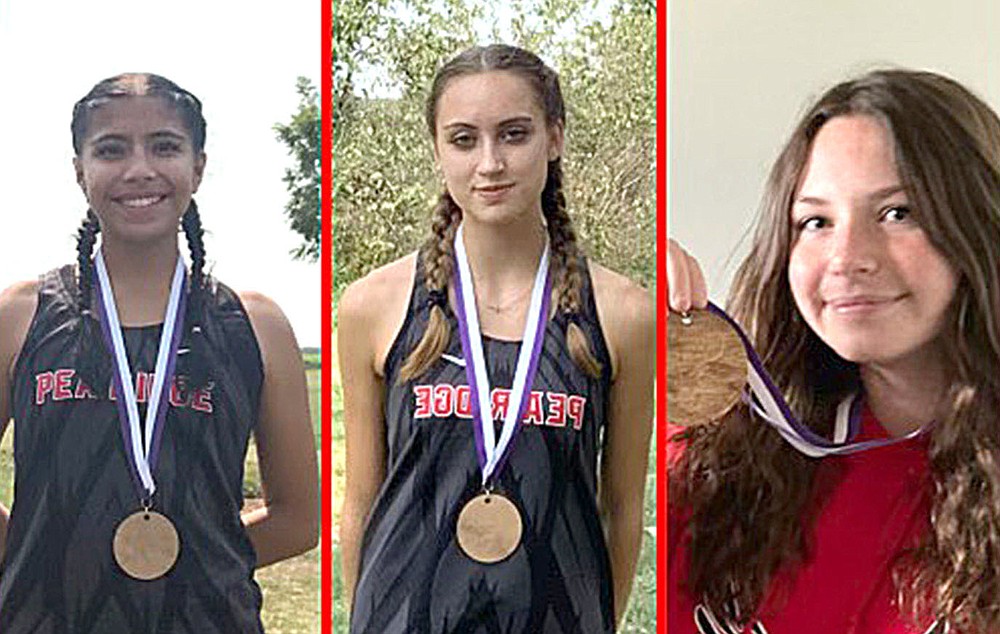 Print Headline: Hawks compete with 5A, take second at Elkins