Sophomore Tian Grant and junior Grandon Grant ran away from the field to finish first and second individually to pace the Blackhawk squad to a resounding victory in the season opening Shiloh Cross Country Invitational.

"The kids have been working hard and I'm very proud of our efforts!" head coach Heather Wade said.

The brothers broke away from the field to set the tone for a great day for the Blackhawk boys. Their 1-2 finish gave the Hawks an early 15-point lead over runner-up West Fork with the team's next three runners adding to the lead with Pea Ridge eventually winning by 23 points.

Tian Grant ran a fast 17:32 to top the 100 runners over the 5K course. Grandon Grant ran a quick 18:03 clocking to continue the onslaught. Troy Ferguson, a sophomore, finished 11th to push the Hawk lead out to 19, with junior Sebasttian Mullikin's 18th place in 20:31 adding 3 more points to the lead. Pea Ridge's sophomore Jacob Stein finished off the scoring, adding the final point to the lead as he finished 28th in 21:00.

Pea Ridge also competed with their high school girls and junior high teams with all three squads taking third place in the large fields. Coach Heather Wade's running Blackhawks were the only school to place all four teams in the top three.

Senior Liz Vasquez had the highest finish of the three teams, claiming fourth in the high school girls' 5K. Her time of 22:15 was just ahead of sophomore Rylee Raines who took fifth in 22:58 that gave the Lady Hawks a narrow 2-point lead over the field with Gravette the closest behind in points, after two runners in. Gravette then squeaked by the Hawks after three runners with a 4-point edge, with Harrison just two behind Pea Ridge. Gravette kept their 4-point lead after four runners but Harrison was now in second place, passing up the Hawks. The Goblins' fifth runner, outran the Lions' fifth as Harrison grabbed a tie for the title with both teams scoring 59. Pea Ridge gained ground on Gravette in the end but settled with 64 points for third place.

The next action for Coach Wade's Hawks will be this Saturday in the Elkins Elks Invitational. 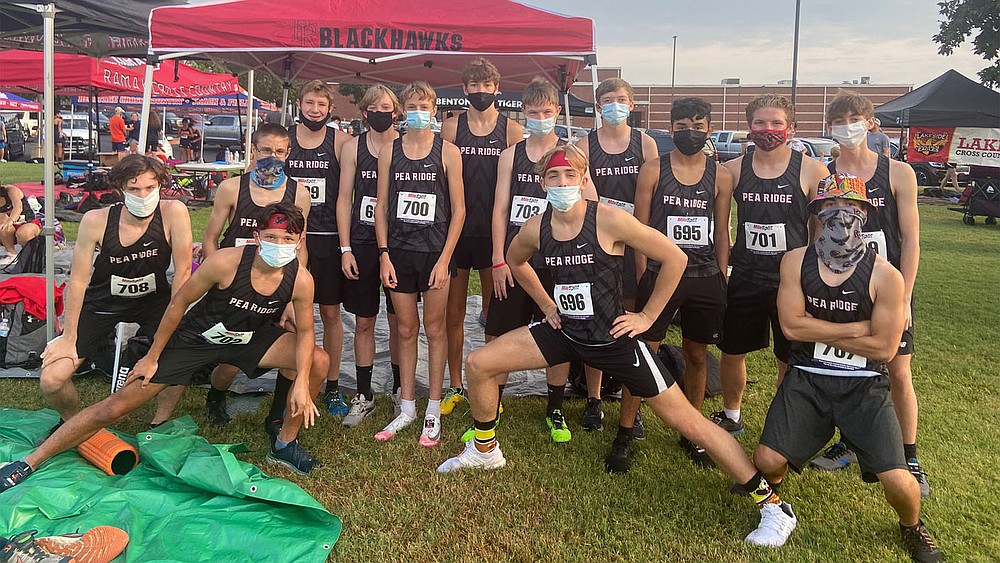 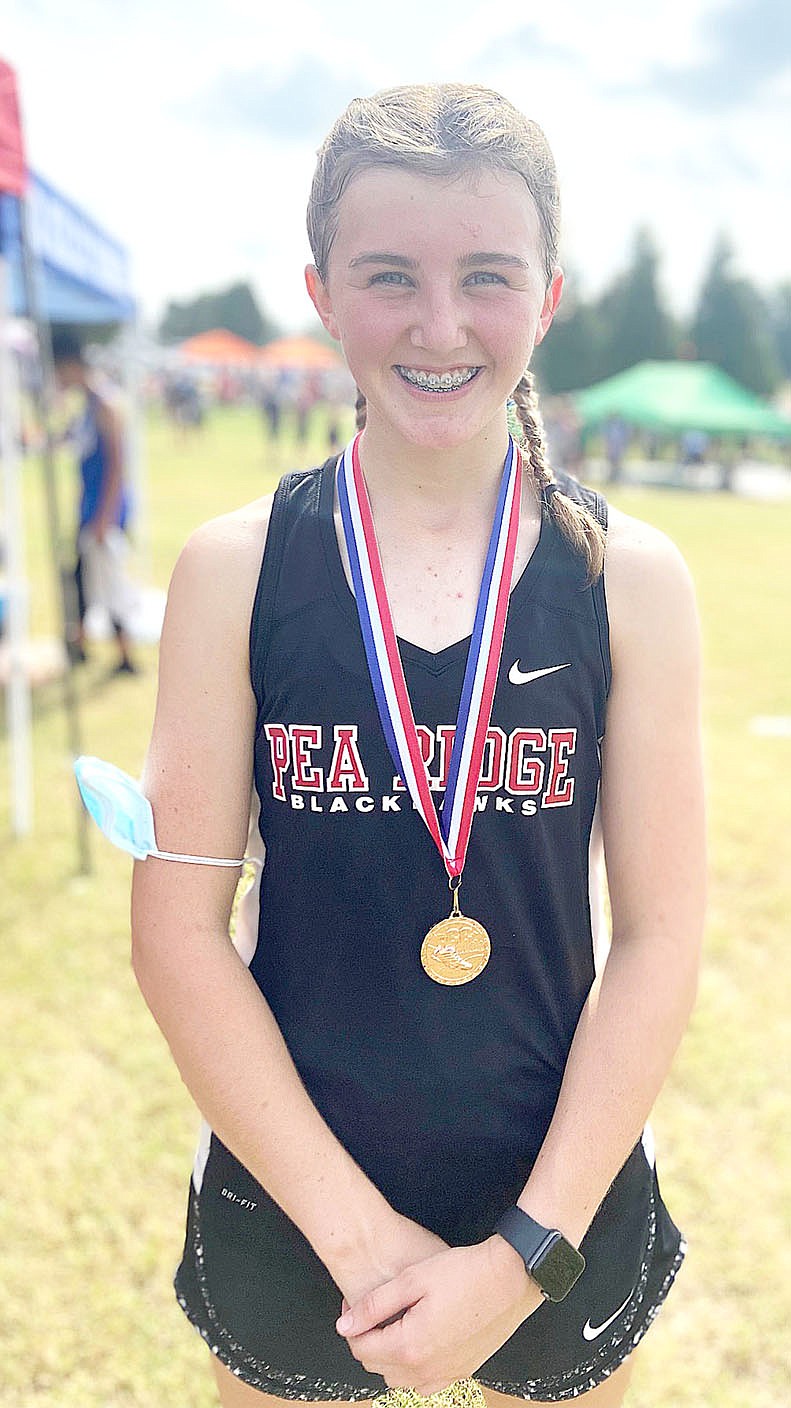 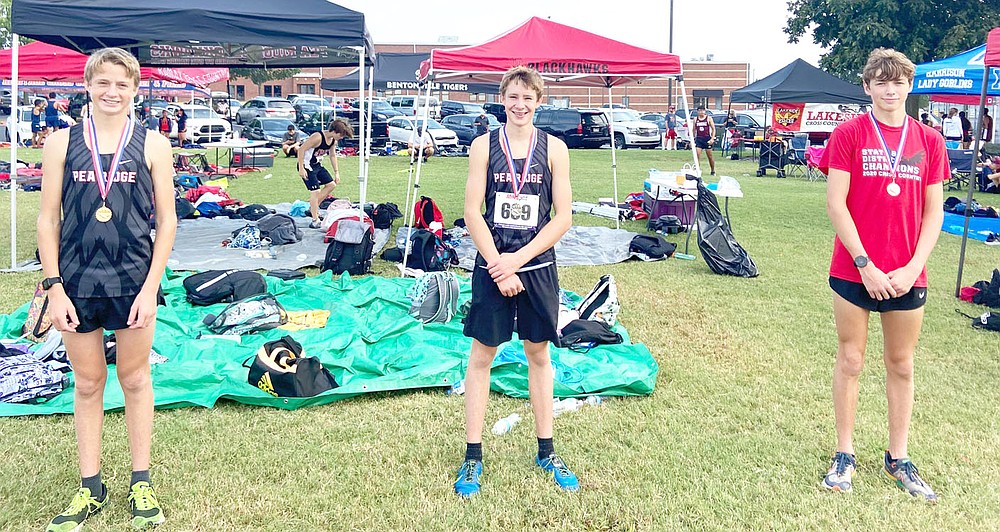 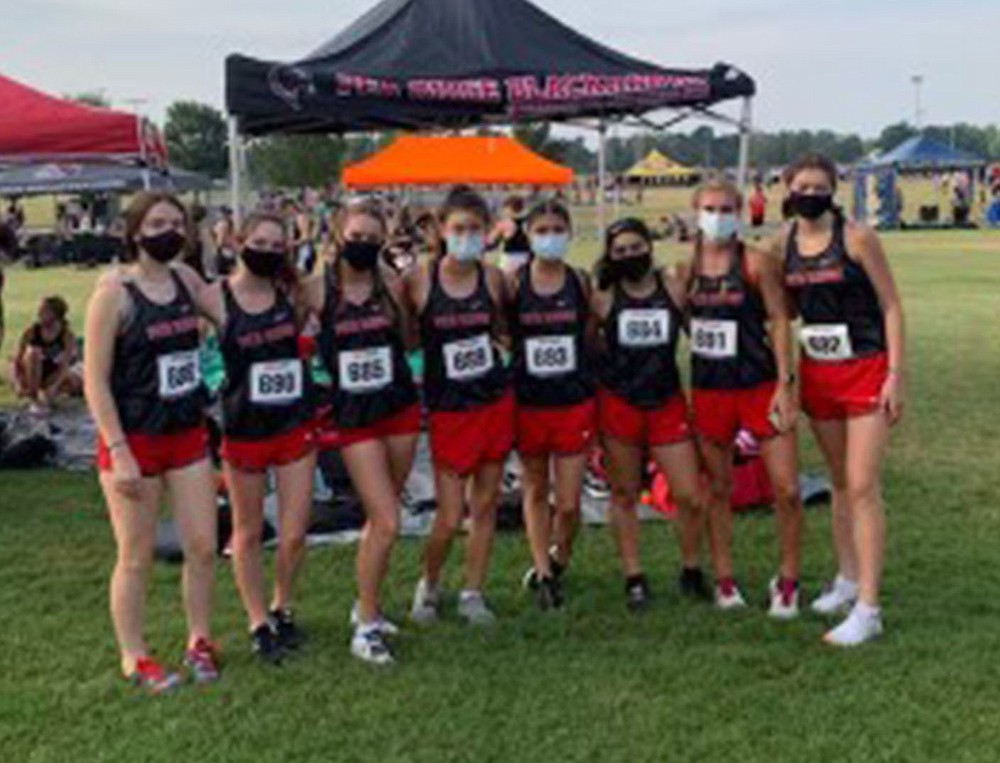 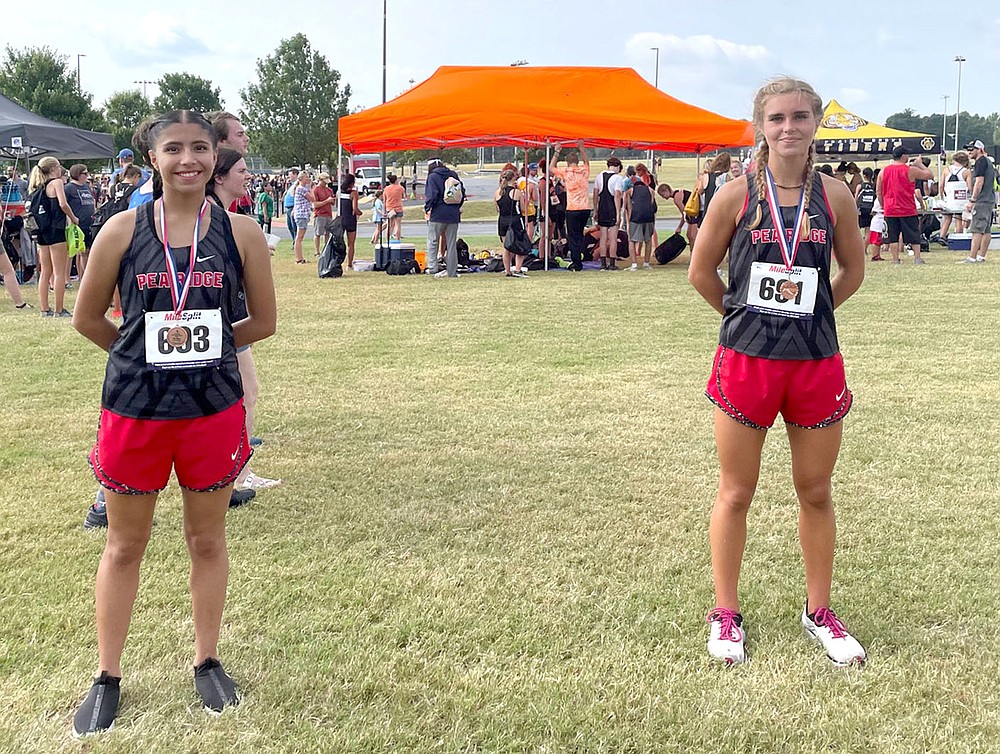 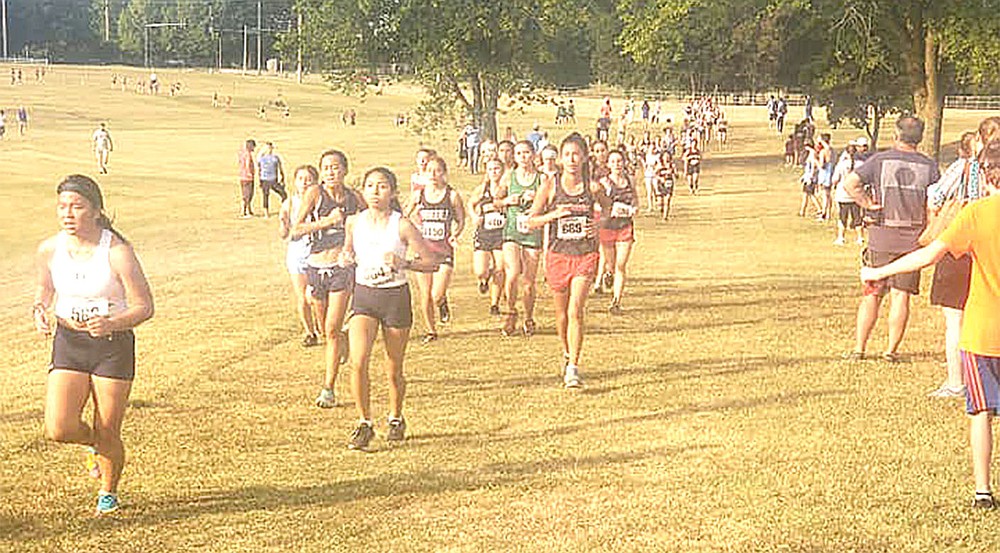