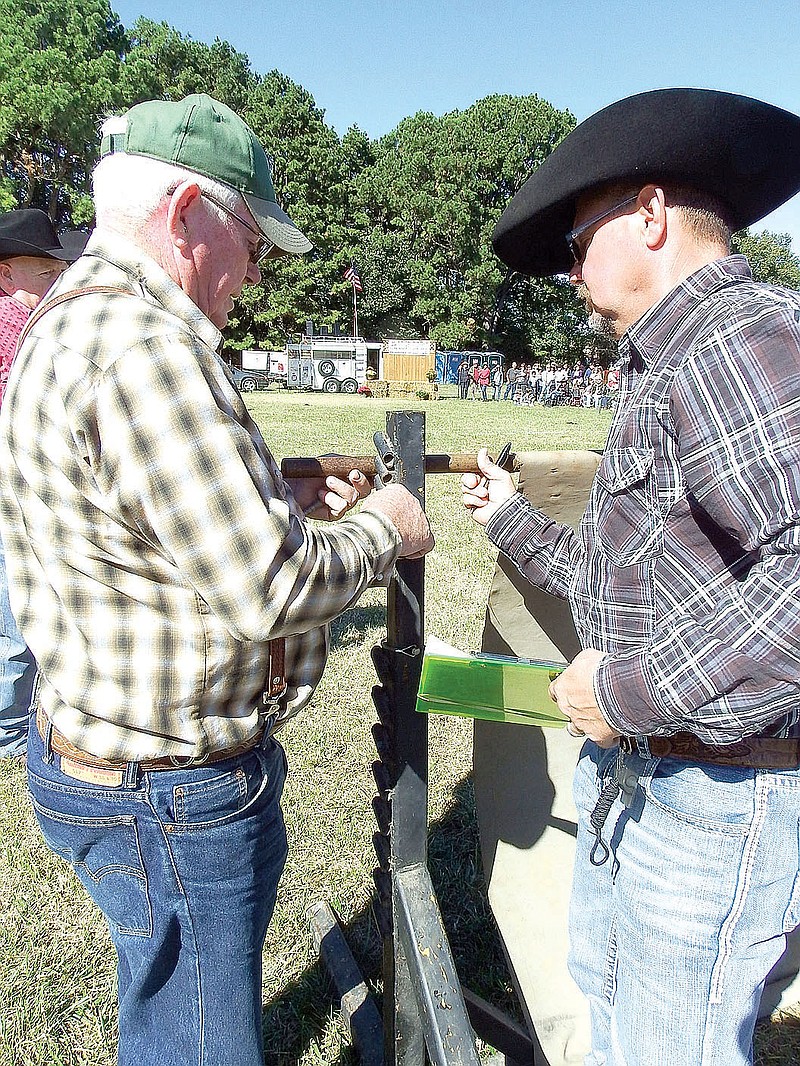 • Each mule may enter only one (1) jumping event.

• The handler is not to have help from another person to get the mule to jump or elimination.

• Each participant will receive two (2) opportunities for the mule to clear the height at which the jumping obstacle is placed during each round of competition.

• Once a participant's name or number has been announced, the handler will have one (1) minute to bring his/her mule to the jumping obstacle; where it will be deemed ready to jump by the event judge. If the mule fails to be set within the allowed time, it will count as an unsuccessful jump. Timing may be done by the judge or an arena steward.

• Once the mule has been judged ready to jump, the handler will have 90 seconds to get his/her mule to attempt to jump the obstacle. If the mule fails to jump within this time, or unsuccessfully attempts to clear the obstacle, this will count as an attempted jump. The 90 seconds will be restarted once the mule is, again, set to jump. Stepping out of the box is considered an attempt.

• Two unsuccessful attempts to clear the obstacle will result in the elimination of the mule from the jumping event.

•• The prize money and points will be split.

•• In the Pro Jump a decision will be made as to whom the belt buckle or trophy will go to. This may be done by the flip of a coin.