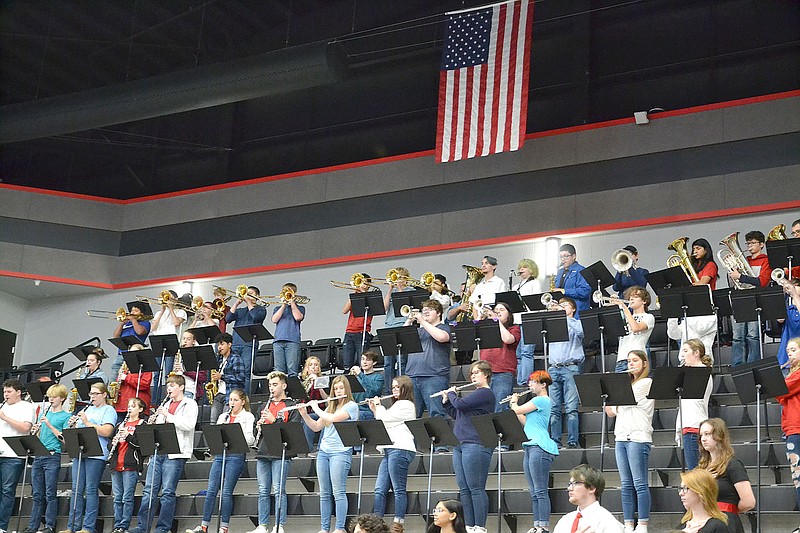 Veterans were remembered, commended and applauded Thursday, Nov. 11, 2021, in two assemblies in the Pea Ridge High School gym. The morning program was hosted by the high school Student Council with Nalea Holliday as master of ceremonies and guest speaker Major Braxton Hurst.

Cheerleaders presented certificates of appreciate to each veteran who stood when the song for the branch in which they served was played by the PRHS Band.

The afternoon assembly was filled with song from kindergarten through sixth-grade students under the direction of Lona Taylor and April Smith.

A Veterans Day Parade ended the celebrations at 2 p.m. up Weston Street with the PRHS Band performing while joined by Miss Pea Ridge and numerous veterans. 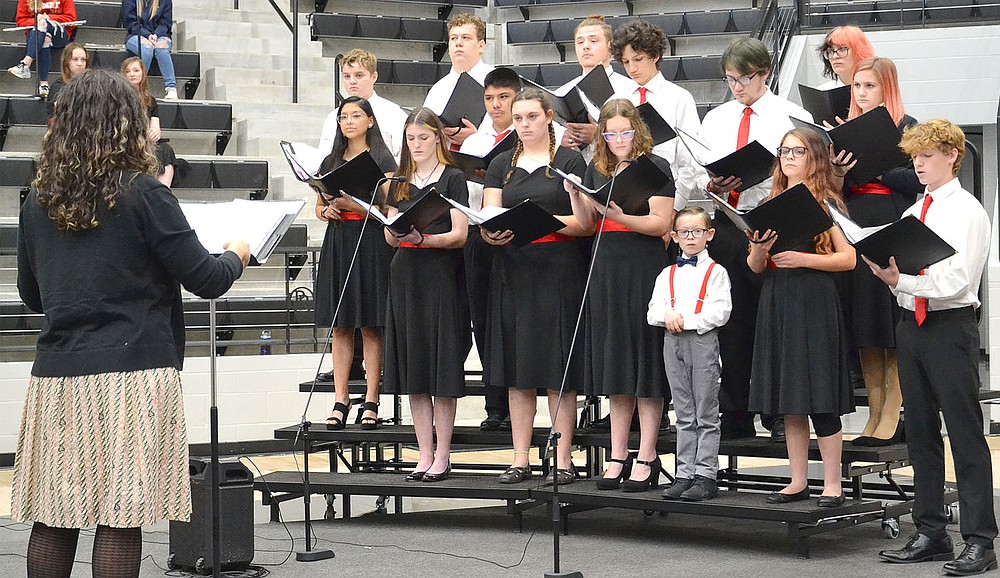