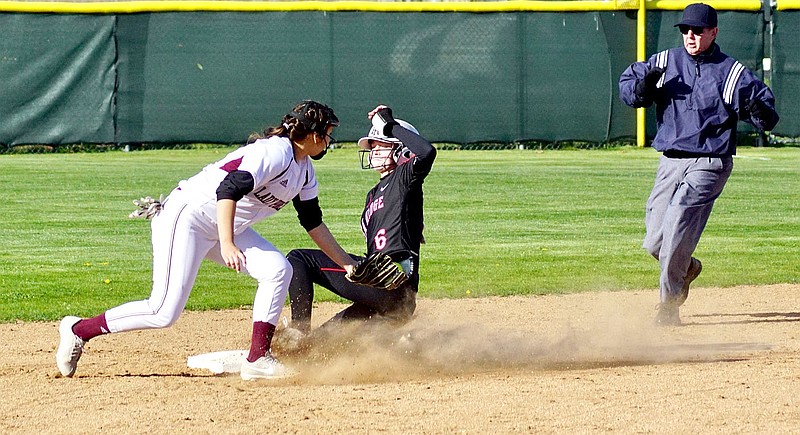 In just a few weeks, Blakelee Winn will get a chance to do something that she's rarely done since she set foot on the Pea Ridge High School campus four years ago as a starry-eyed ninth grader. But the 5'9", multi-sport dynamo isn't quite sure what to make of it.

When she gets to Pittsburg State (Kan.) University in August, Winn will be able to solely focus on just one sport for a change. That means there will be no rushing from basketball practice to softball practice during the winter months or moving from softball practice to track practice in spring. From the time she slips on a Gorillas' practice jersey for the start of her freshman season, her mindset will simply be that of a track athlete.

"I'm just so used to juggling sports that going from one to the next really didn't affect me," Winn said. "Honestly, I feel like if I wasn't busy going back and forth, it'd be a problem. I'd go to track practice for an hour, and then I'd go to softball practice for two hours ... it's going to be strange doing just one, though. It'll be somewhat of an adjustment for sure."

Adapting is something that Winn did throughout her career as a Lady Blackhawk, and if history is any indication, she'll be just fine.

Winn, who is this year's Arkansas Democrat-Gazette All-Arkansas Preps Female Athlete of the Year, was more than okay during a senior season that saw her smash all kinds of school records in basketball, softball and track. She was an all-state selection in all three activities, which is an accomplishment in itself after what the state had to endure in 2020 because of a worldwide pandemic.

Spring sports were canceled two weeks into March due to public health and safety concerns surrounding covid-19. For Winn, that meant she had to miss two of the three extracurricular activities in which she excels. She still was able to get in a full basketball season, where she averaged 16 points, 6 rebounds and 3 steals for a Pea Ridge team that went 25-10. But for a student athlete who's used to jumping from one sports season to the next, that pill was a hard one to swallow.

"She's a true competitor," track and field coach Heather Wade said. "She loves to compete, and that's not something you can necessarily teach. So having those canceled was tough on everyone who plays in those sports. I know she would've loved to be out there."

Winn didn't have any hidden agendas or underlying redemption plans in place after essentially missing out on a season's worth of softball games and track meets as a junior. Her goal was to go out and have fun in everything.

She averaged 19 points, 6.5 rebounds and 4 assists for the Lady Blackhawks' basketball team, who finished 23-6, won the 4A-1 Conference tournament title and reached the quarterfinals of the Class 4A state tournament.

"The best way to describe (Winn) is just an exclamation point," girls basketball coach Heath Neal said. "She's everything you can ask for in an athlete and a kid. Blakelee never cut any corners or took any shortcuts. She dedicated her time to her craft in every sport she played.

"She could go get us 19 points a game, then take away 10-12 points from the other team's best player. I don't think many people realized she was highly recruited in basketball, too. She set the standard, and hopefully with the way she did things here and the way she represented the Lady Hawks, that's trickled down to the others in the program coming after her."

Less than a week removed from playing in her final basketball game for Pea Ridge, Winn participated in her first track meet of the year at Elkins Elks Relays. That day, she won two individual races and was a part of the winning 400-meter relay team to help the Lady Blackhawks win the team title.

After multiple first-place finishes at other invitationals, she won the 100, 100 hurdles, 300 hurdles and the long jump at the Class 4A state meet on May 4 to push Pea Ridge to its third consecutive championship. Sixteen days later, Winn won the heptathlon by 271 points. All of this on limited practice time.

"Blakelee knows what it takes to compete and to win," Wade said. "She holds several of my school records, but that's because of the hard work to put into it. And she does that in everything she does. She doesn't shortchange herself, and she's going to give her all no matter what."

Winn continued that trend on the softball field, where she hit .506 with team highs in runs scored (44), hits (44) and home runs (6) for Pea Ridge, which went 21-8 and reached the Class 4A state final. To put into perspective just how dedicated she was, Winn was in Benton the day after winning the heptathlon to bat leadoff in the title game against Morrilton, where she went 1 of 4 with an RBI.

"She made everyone around her better," softball coach Josh Reynolds explained. "When you have that type of impact on people, you're doing things the right way. The best part about her is that she's so humble. She wants zero recognition in anything.

"She was more comfortable with everybody else getting the credit. She would just go up, do her thing and move on to the next day. That's just who she is. If she had a good day, the rest of us would have a good day."

Those good days Winn had with the Lady Blackhawks are expected to be a part of her daily mix at Pittsburg State. She's knows she'll have somewhat of a different regimen now, but she's ready to see what's in store.

"I'm just super excited to get up there," said Winn. "To actually have an off season to train and better myself is big. We had a special season in basketball and being able to get back out there and do track and softball made me realize how much I missed those two sports the year before.

"But I'm ready to get started. I'm glad that I'll be able to do more than just one thing (in track) up there, too." 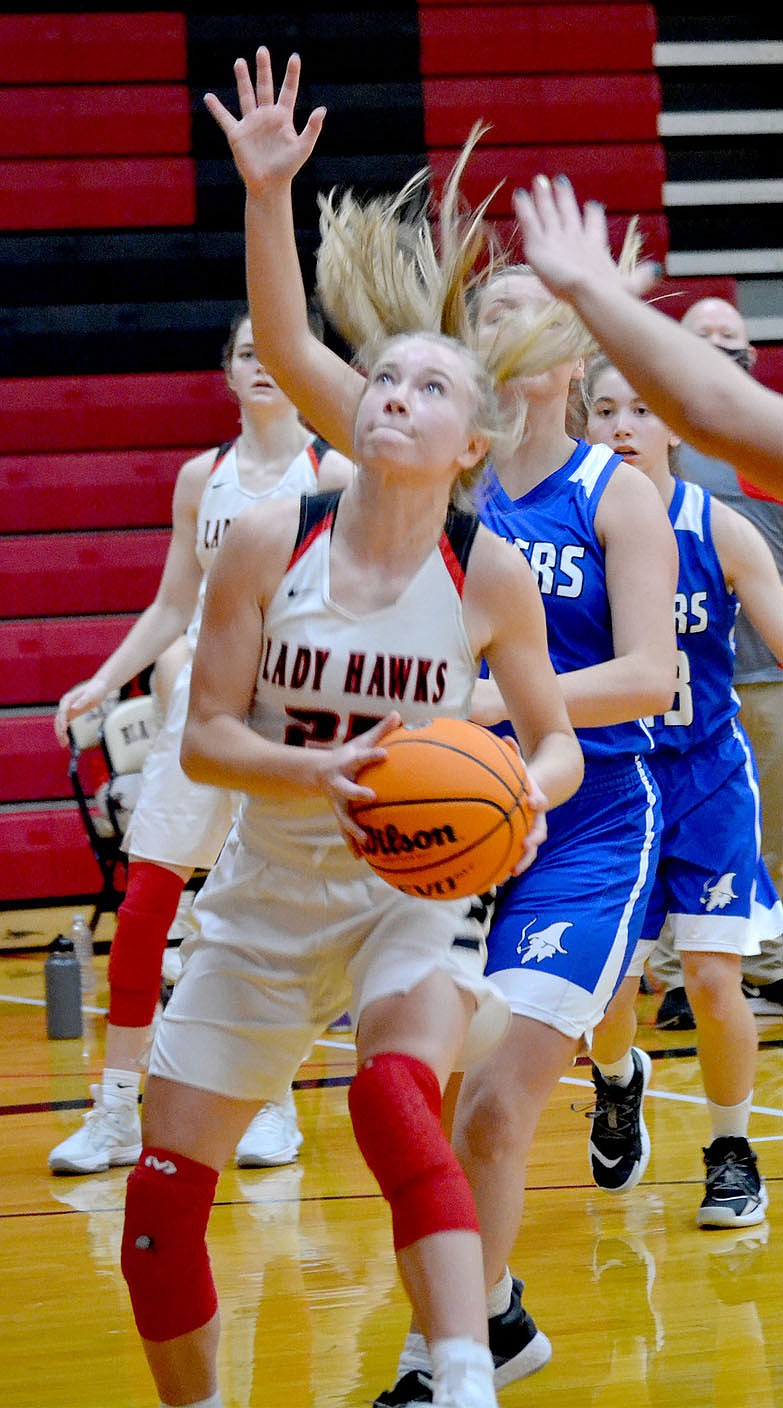 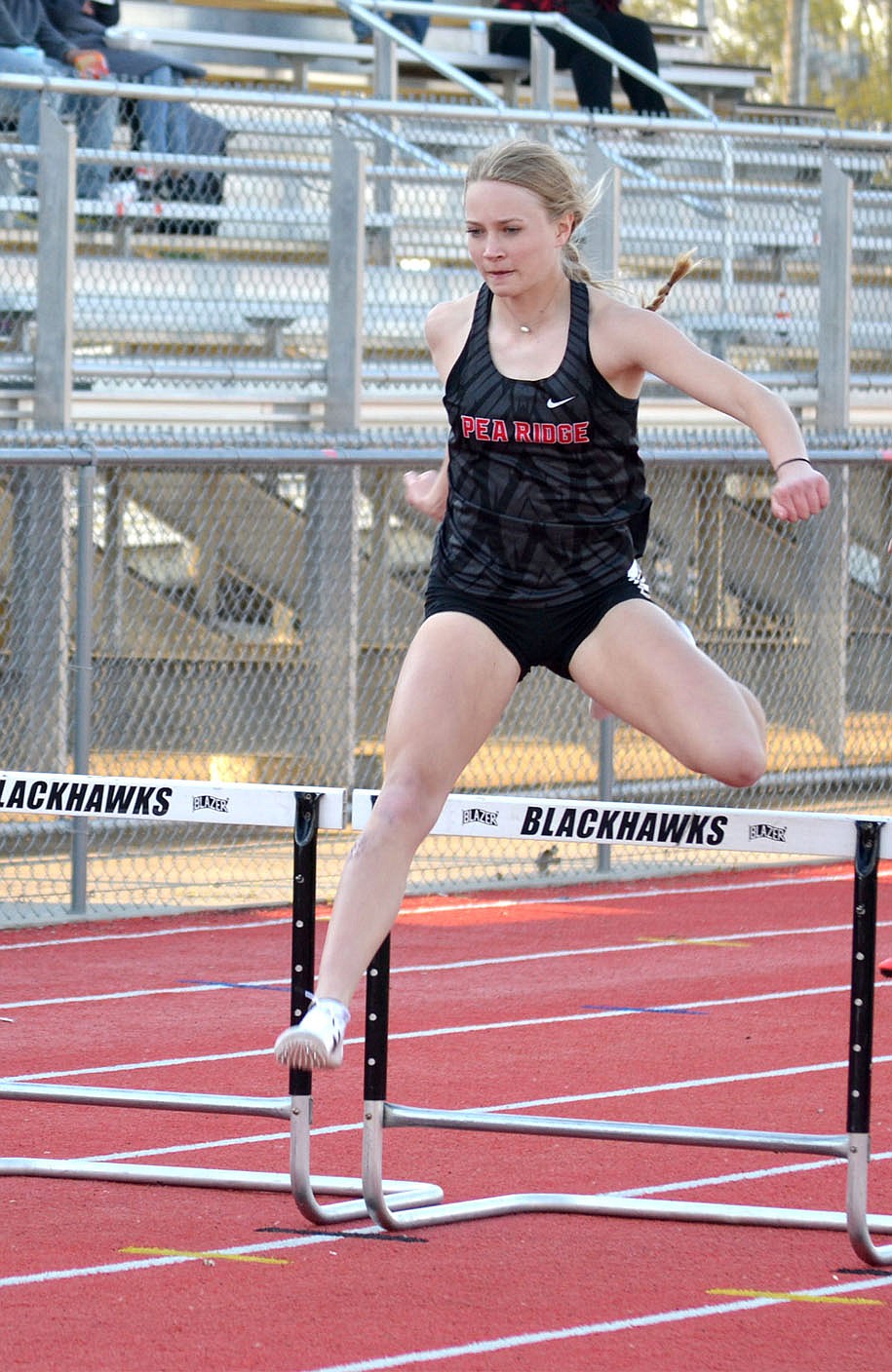 Lady Blackhawk Blakelee Winn (No. 6) made it safely to second base before the softball that was thrown in from the outfield. 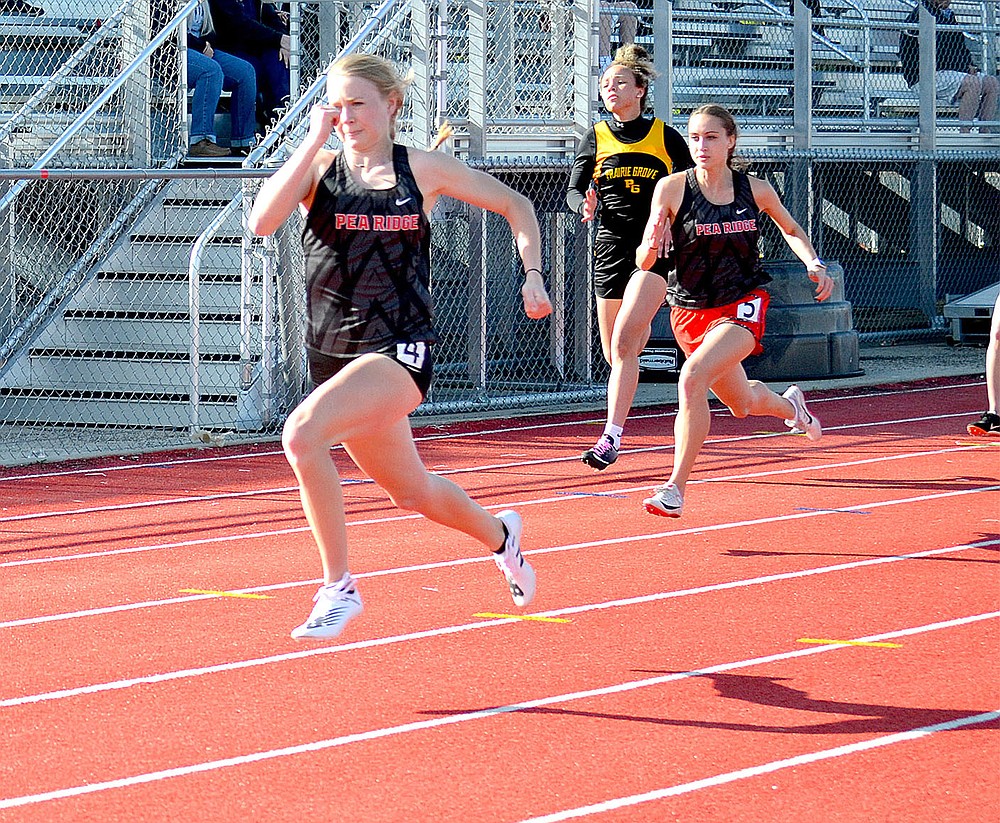 NOTEWORTHY Signed to run track for Pittsburg State (Kan.) University. … Garnered multiple all-state honors in basketball, softball and track during her four-year career at Pea Ridge. … Averaged 19 points per game for basketball. … Hit .506 with a slugging percentage of .816 for the softball team. … Won the heptathlon after finishing third as a sophomore.