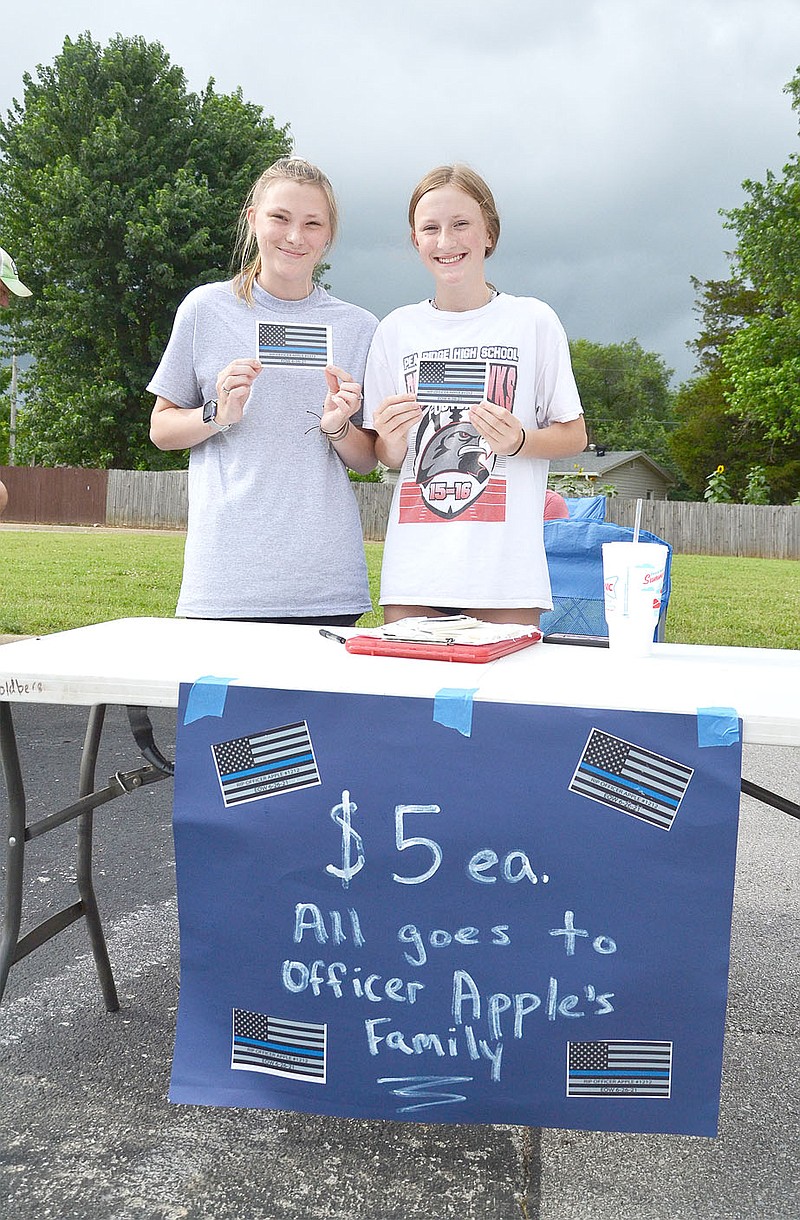 Kasey and Reigh-Anne Goldberg, sisters, were selling decals of blue-line flags honoring Officer Kevin Apple. The girls, and their parents, Sean and Tammy Goldberg, said all proceeds are being given back to the Pea Ridge Fraternal Order of Police.

PEA RIDGE -- Cameron Alexander passed out small blue-line flags Friday morning, sharing with the community he now calls home. A native of Bentonville, Alexander and his family have lived in Pea Ridge for about two years. He said the special community feeling is what drew them to this small Northwest Arkansas city.

In the week following the murder of Police Officer Kevin Apple, Alexander ordered a box of 50 blue-line flags which was delivered early Friday morning.

"I have to give the credit to the post office employees," Alexander said Friday, explaining that he called early Friday morning and was able to pick up the box earlier than he would normally have received his mail. He notified people on social media, set the box of flags on the curb in front of his house and handed out some in front of Arvest Bank before the funeral processional began through town.

"We love this town. We just wanted to give back," he said.

"We're here supporting Officer Apple who passed in the line of duty," Tammy Goldberg said, explaining that the money raised from selling the decals is going to the Pea Ridge Police Fraternal Order of Police.

"We've already sold second batch and working on third batch," he said. They've placed them at Cannonball Cafe, Ace Hardware and at Blackhawk service center. "We put $1,316 in account Wednesday.

"Every cent we're making is going straight to them," he said. 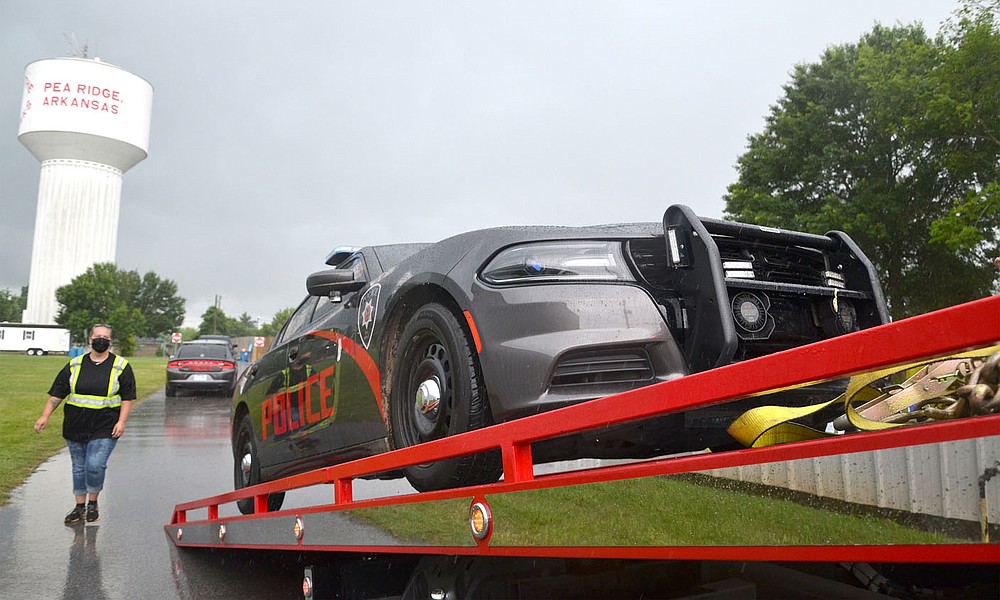 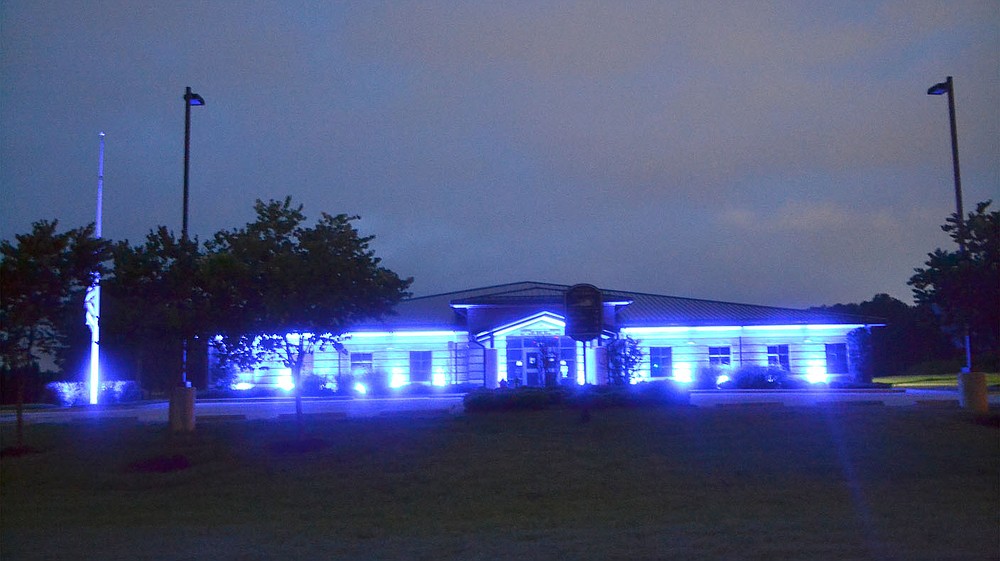 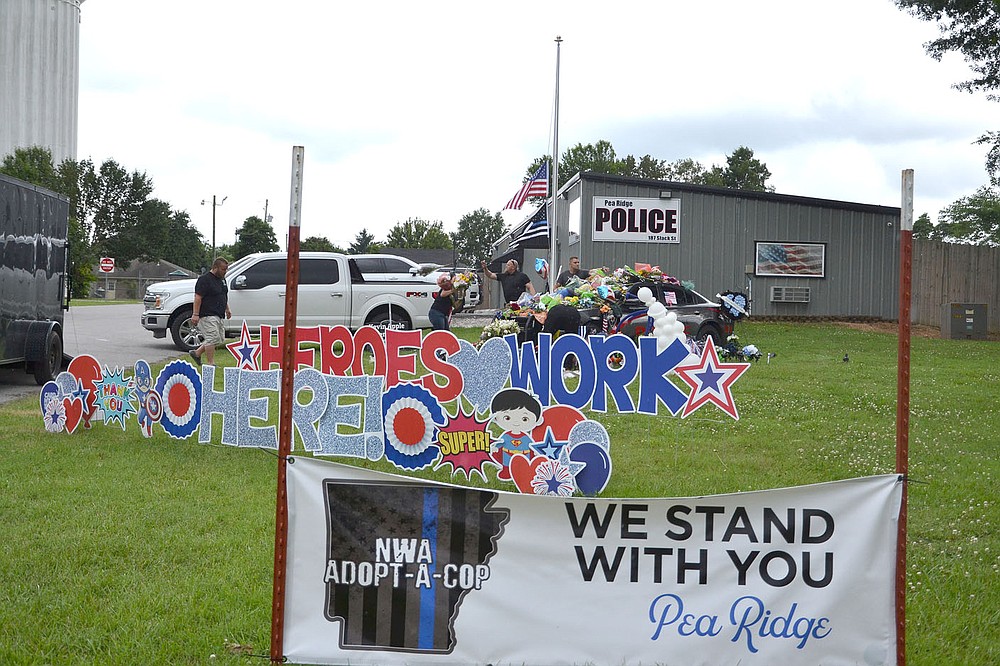 Brandon Johnson and Jesse Fryer were two of the volunteers helping move the memorial for Pea Ridge Police Officer Kevin Apple from the lawn in front of the Police Department in Pea Ridge to the site of the funeral service at Cross Church Pinnacle Hills, Rogers, Thursday evening. 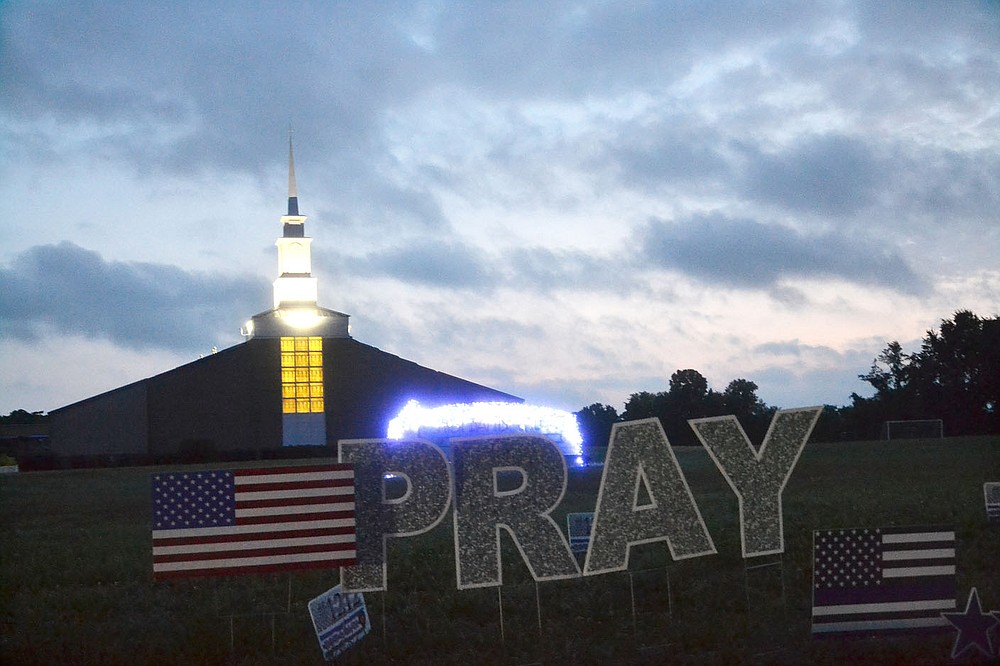 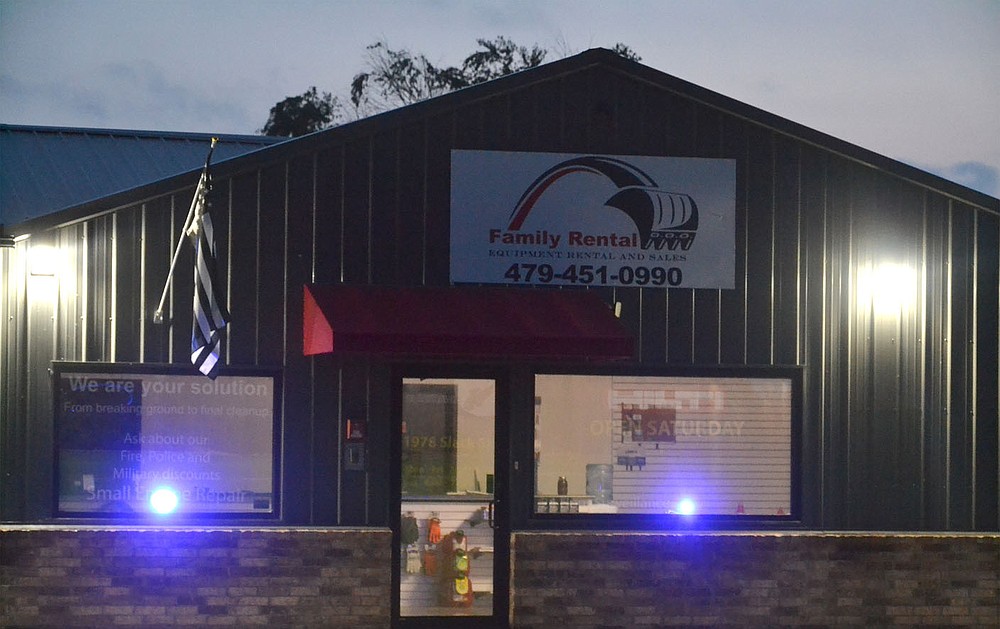 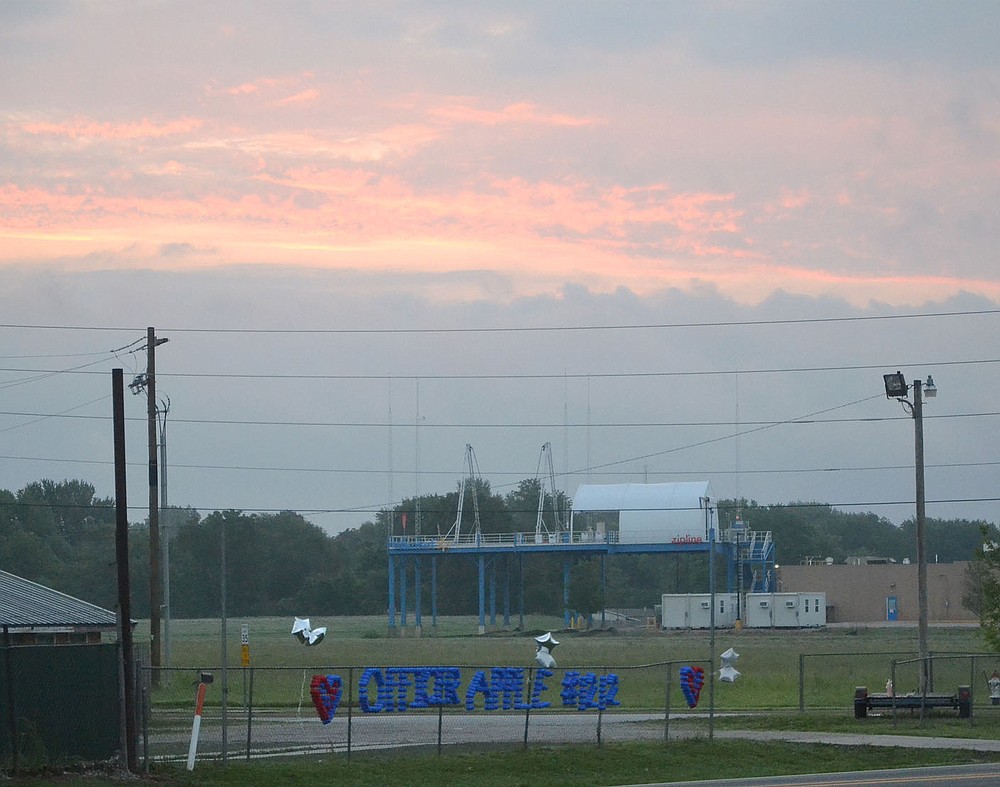 As the sun rose over Pea Ridge, signs became visible that reveal this community's support of the Pea Ridge Police Deparatment and honor for slain Police Officer Kevin Apple.

On the front lawn of Pea Ridge Junior High (Ark. Hwy. 94/West Pickens Road), a sign greets people entering town off Hayden Road, a reminder of the tragedy this week that took the life of a city police officer. 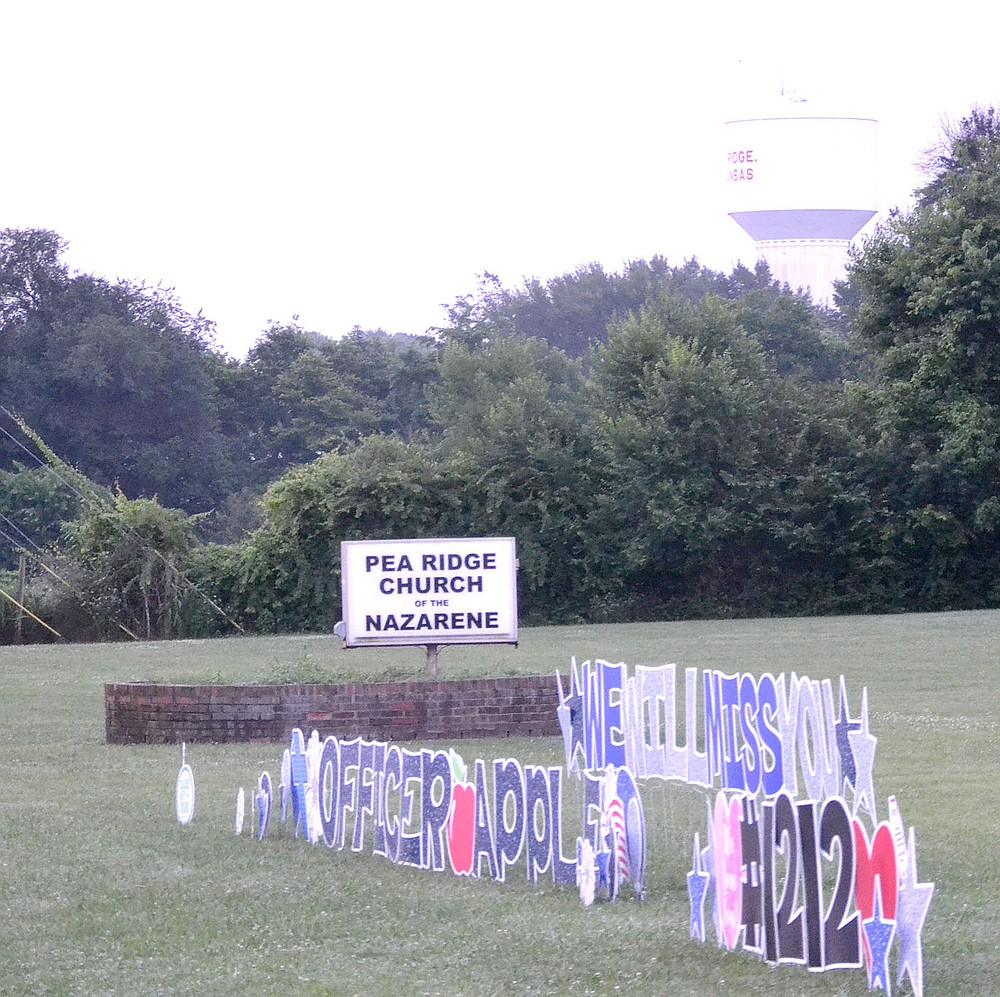 "We will miss you, Officer Apple #1212" was on display in front of the Pea Ridge Church of the Nazarene on Arkansas Highway 72/Slack Street. 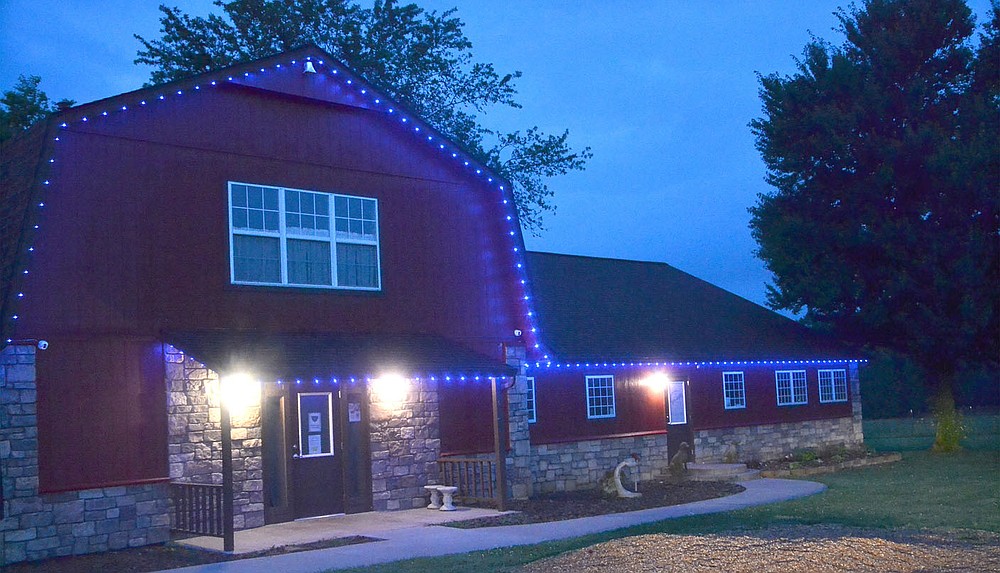 Oak View Animal Clinic was one of many businesses in town to display blue lights in honor of slain police officer Kevin Apple this week.

One of the first signs to be seen by law enforcement members entering Pea Ridge Friday morning in the funeral processional for Pea Ridge Police Officer Kevin Apple, killed in the line of duty, was a "God bless Pea Ridge" sign on the front lawn of Oak View Animal Clinic on the western edge of Pea Ridge.