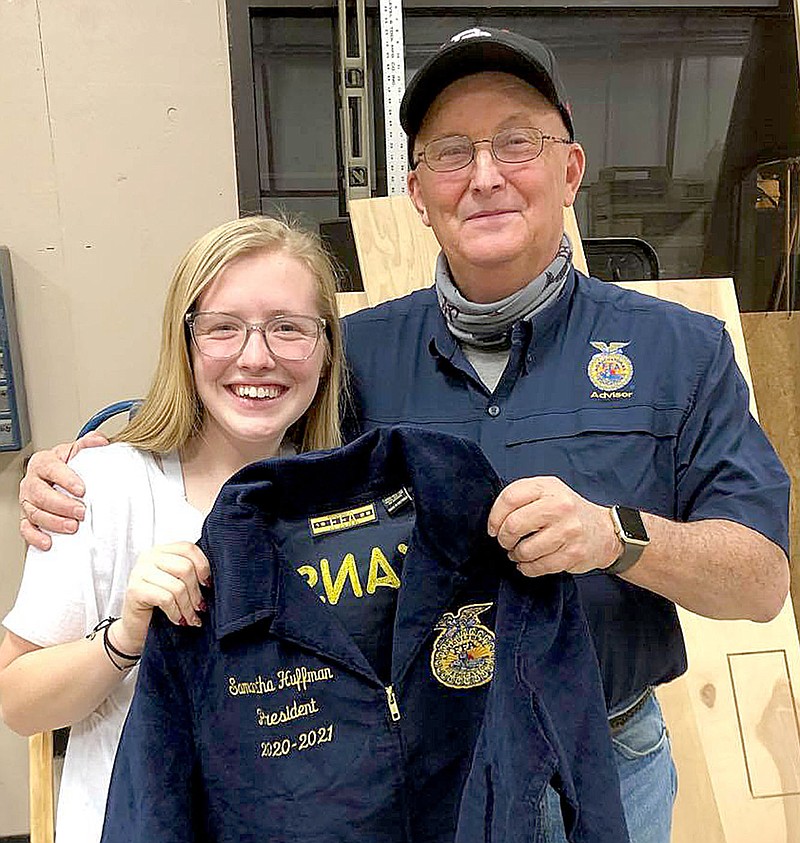 The FFA is going strong in Pea Ridge, despite covid-19 restrictions which have limited events.

Agriculture teacher and FFA sponsor Perry Mason has been on staff at Pea Ridge since 1990. And, not only does he teach ag, but he lives it as well, raising cattle on a farm in McDonald County, Mo., just north of Pea Ridge.

Mason has seen the numbers of students in FFA wax and wane, with as many as 145 students involved in years past. This year, there are about 100 members.

"That first year, we started with 13 FFA members. By the end of the year there were close to 100. We have had as many as 145 members. We pretty much maintained those numbers until the conception of PRMBA. After that, I quit having seniors until recently, but we've always managed right at 100 Ag/FFA students," Mason said, adding that John E. King teaches two seventh- and 8th-grade classes at the junior high. "Those classes, coupled with the seven classes I teach has resulted in 115 students in the program."

"Nationwide, the numbers in FFA have increased steadily since the name change in 1988," Mason said. "There are over 1/2 million FFA members across the nation. It continues to be the largest youth convention of any kind in Louisville, Ken., and Indianapolis, Ind., today. When they have it that is."

"Female enrollment is almost double that of males. Which is quite a change from the year I first arrived," he said.

The name was changed in 1988 from the Future Farmers of America to the national FFA organization to reflect the diverse population of students nationwide once it was realized that just because you were in FFA did not mean you were labeled as a future farmer, Mason explained, adding that at that point, numbers began to drastically increase.

"There are a couple more who are in college to possibly become an Ag teacher one day," Mason said. "Remember, Agriculture remains the No. 1 industry in America. There will continue to be high wage, high demand careers in this vocation.

"I hope Pea Ridge will always see the value of Agriculture courses here!"

Mason, who has adopted a different method of feeding his cattle said he reads everyday to improve his methods. Currently, he strip grazes stockpiled fescue moving electric fence every day. He said that once he retires, he will rotate cattle every 18 hours to build the soil.

"That will be my main goal -- building that soil but the cattle benefit because of it," he said.

Asked whether he was a farmer or a rancher, Mason said: "Actually, I'm a farmer I guess. Both terms probably identify me loosely.

"My professor in college told me if you were going to farm, farm. If you're going to teach, teach. You can't do both. And it's about the truth. Too much time in either of those does not do the other one justice."

"I read every day and the Internet has provided valuable resources to teach me things that others are doing around the country I never am close minded and always willing to try something different."

"This year has been a lot different. We had a drought last year and I had to buy hay. Right now my cows are grazing hay in the barn and in doing so they are building compost. I add carbon every three days and I will put that carbon or that compost on my land about the middle of March.

"I am seriously considering purchasing a South Poll bull, but will have to drive a ways to get one. No one around here has them," Mason said.

He grew up on a small farm.

"If I didn't teach, and could do it over again, I would lease land, graze smaller breed cattle like the South Poll. I have a passion nowadays for developing organic matter in soil and providing plenty of grass without the great dependency on hay and the tremendous costs involved with that." 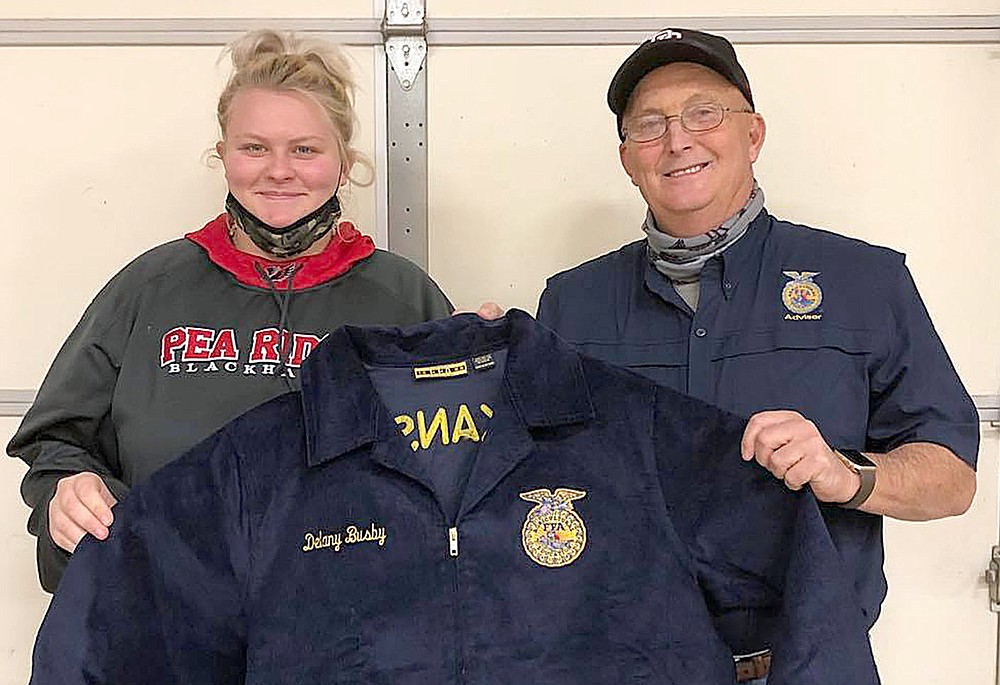 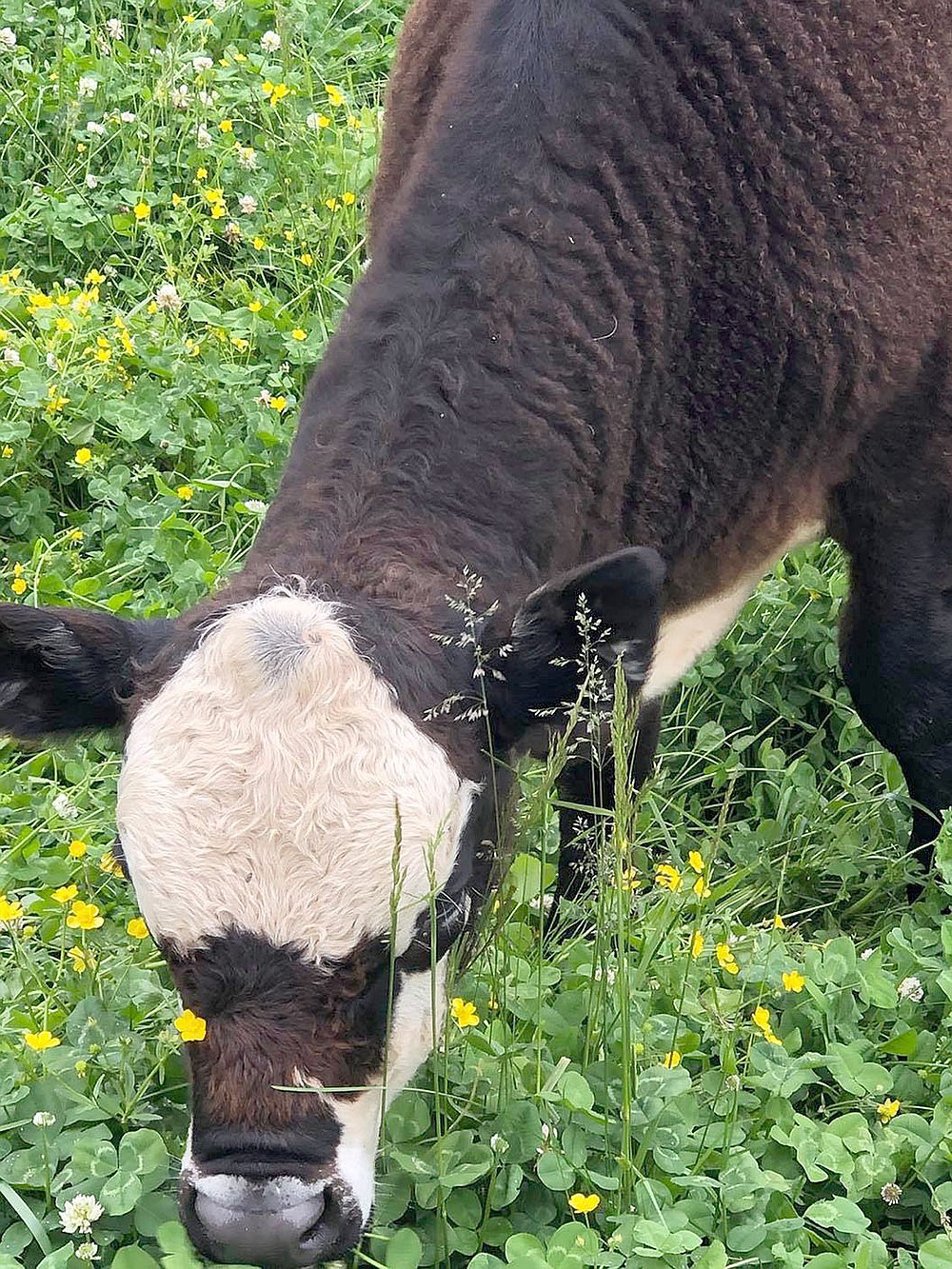 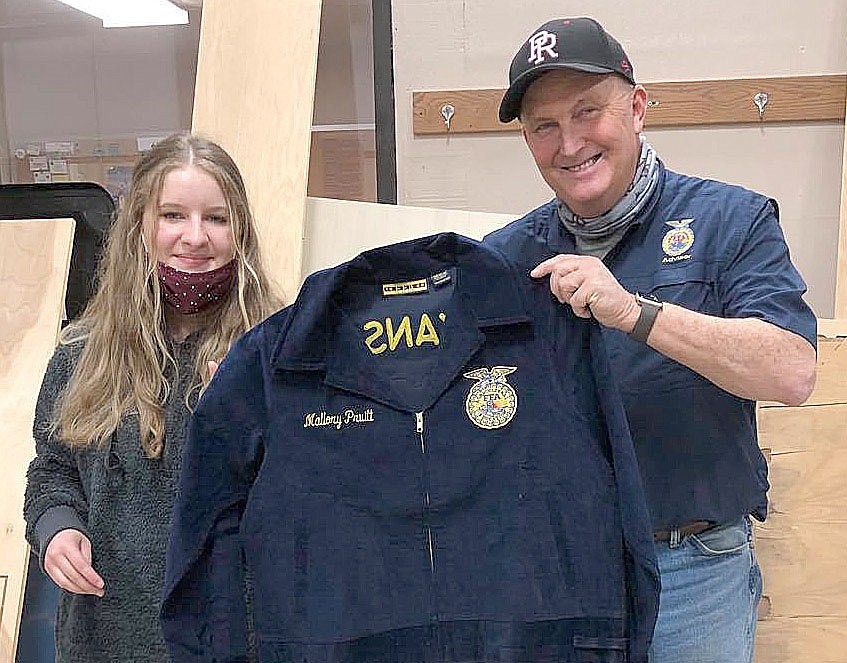 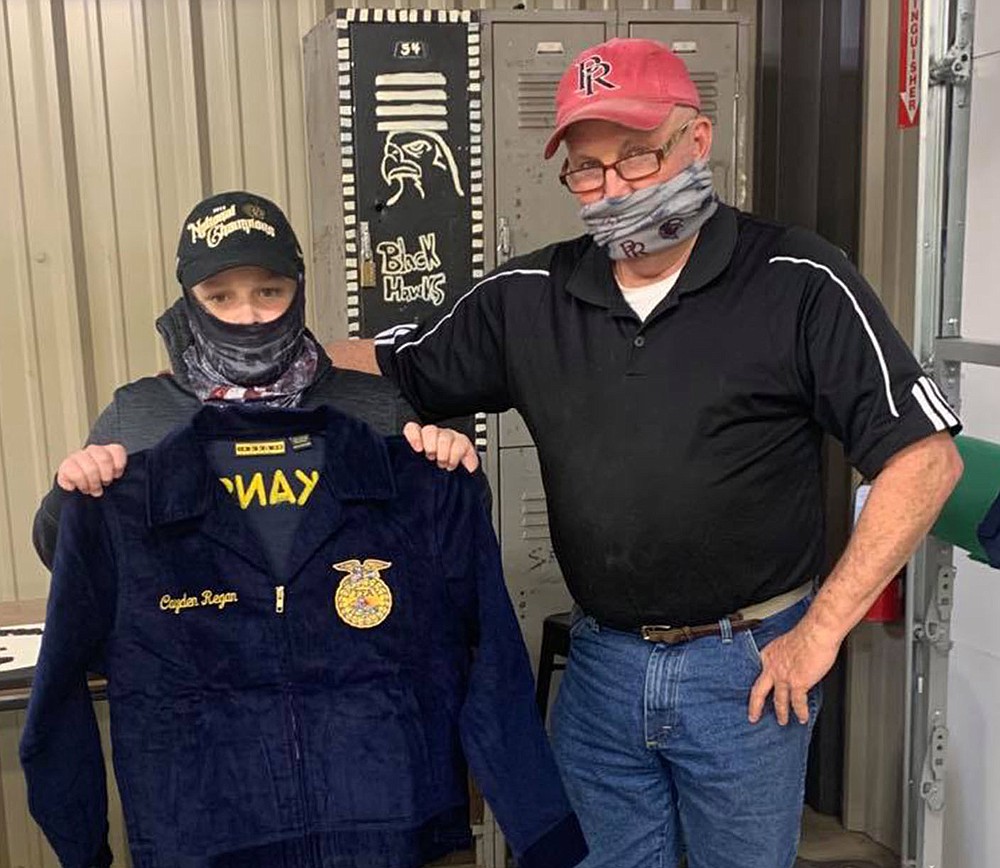 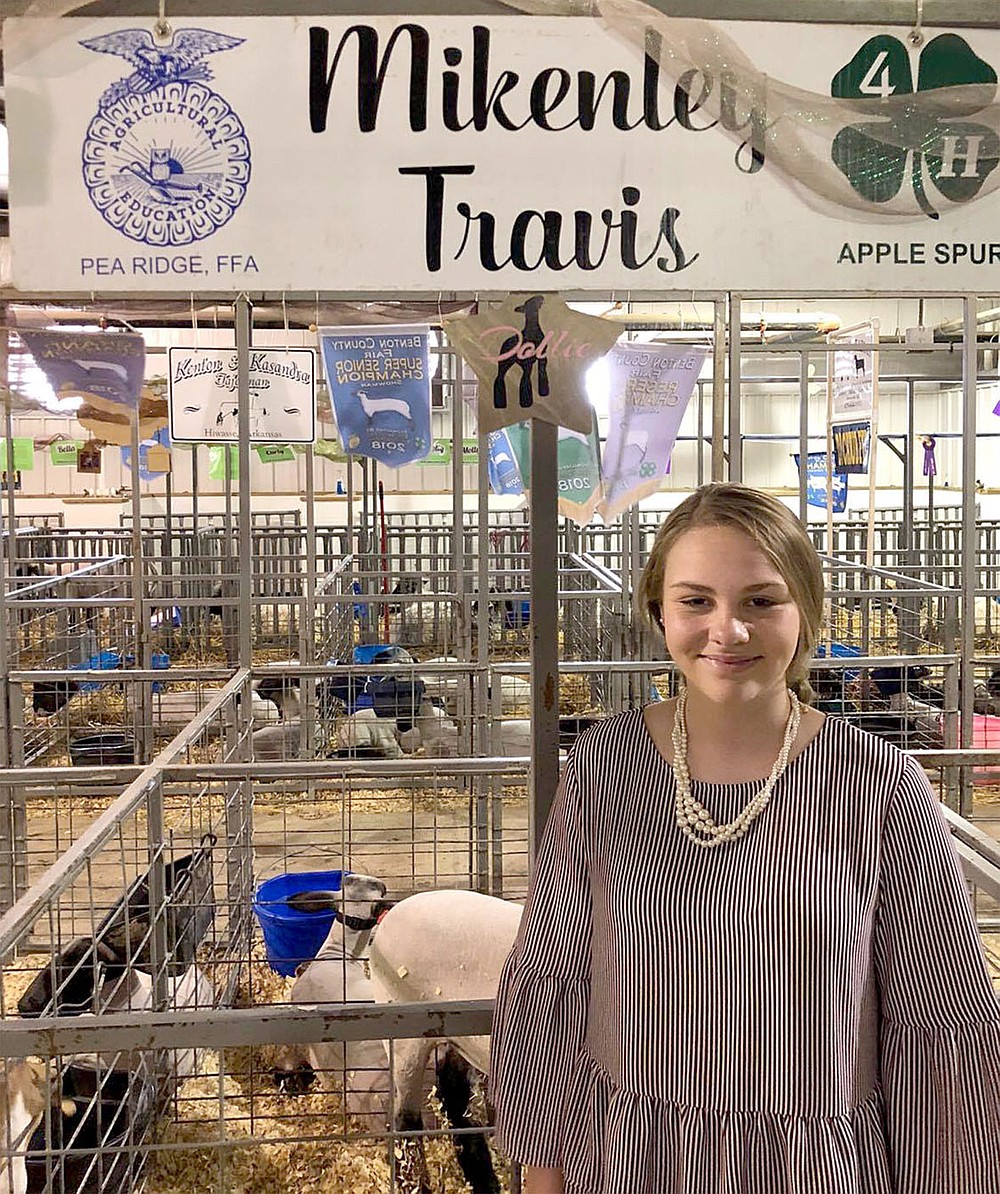 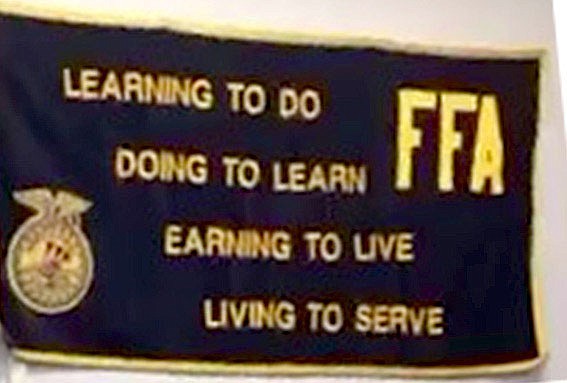 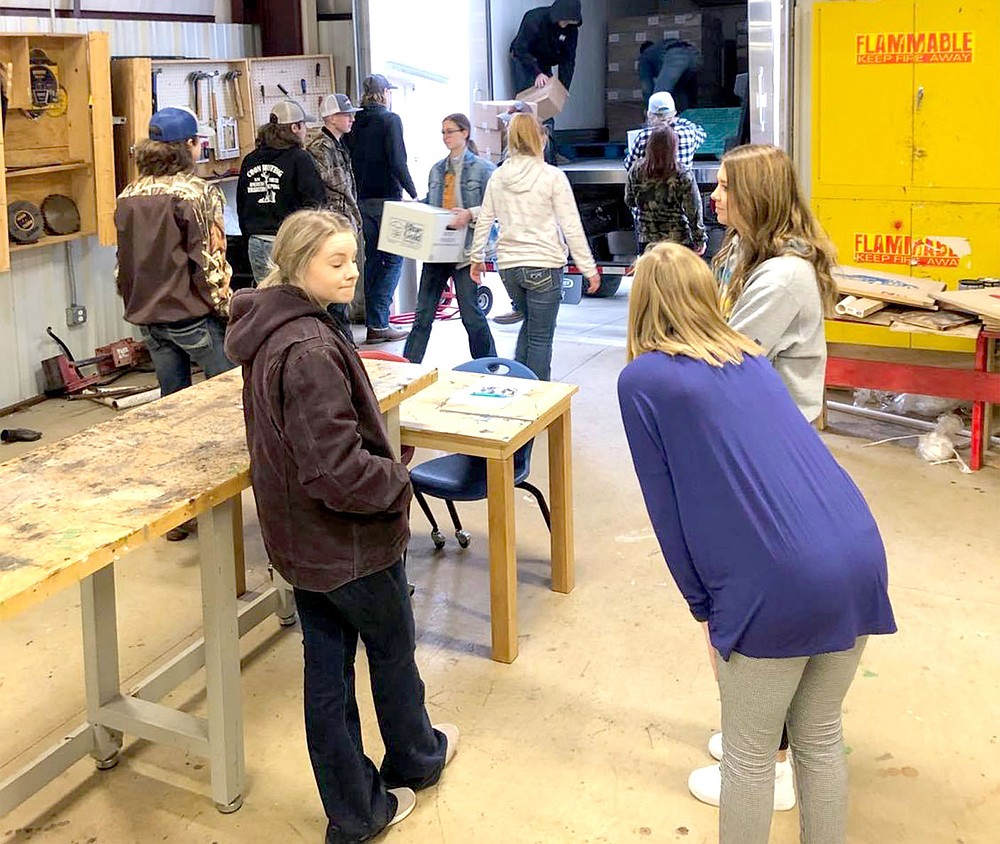 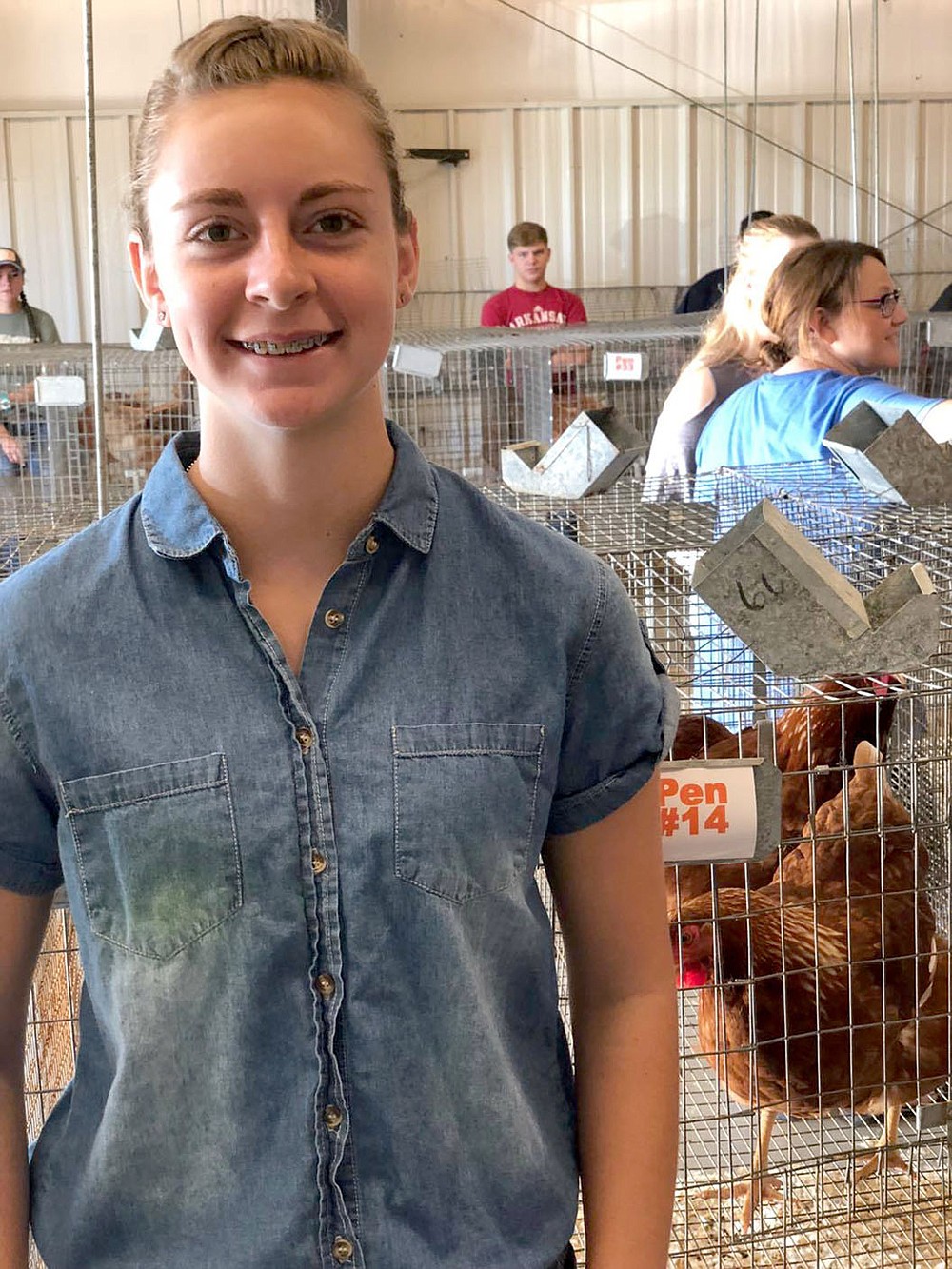 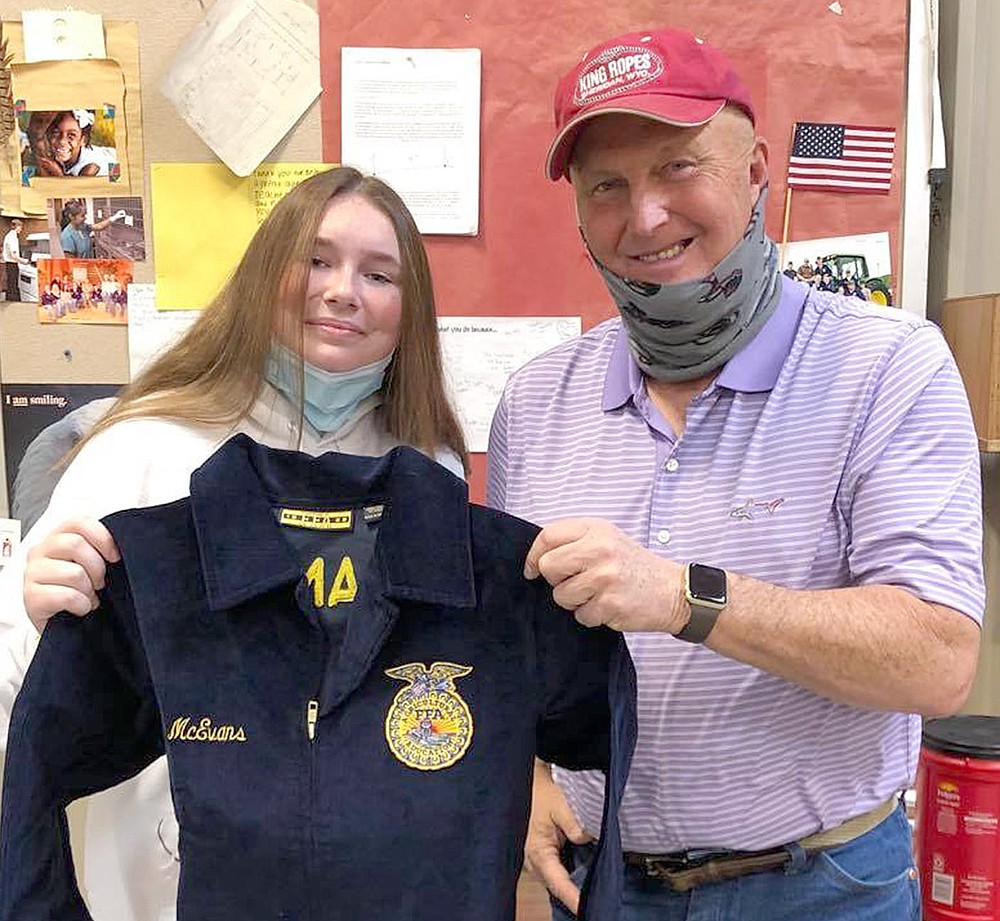 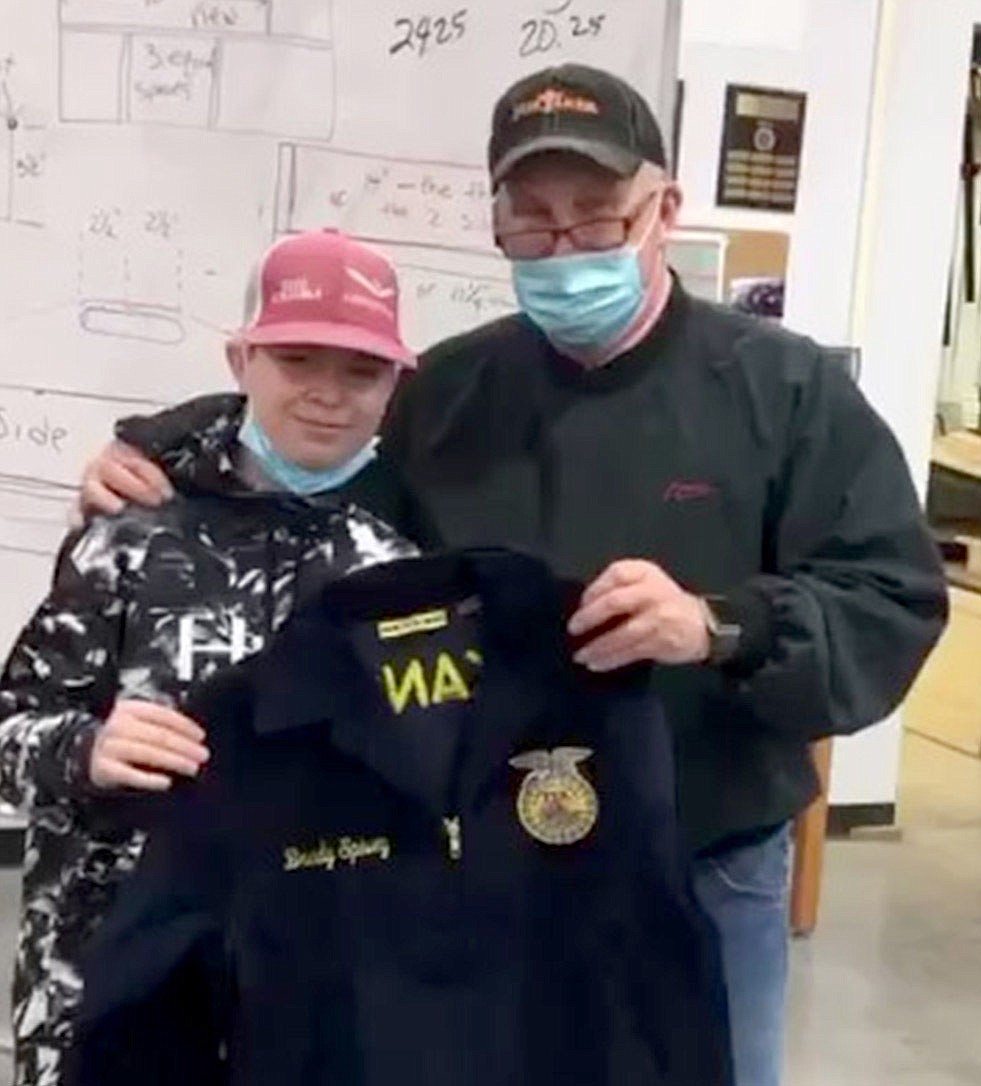 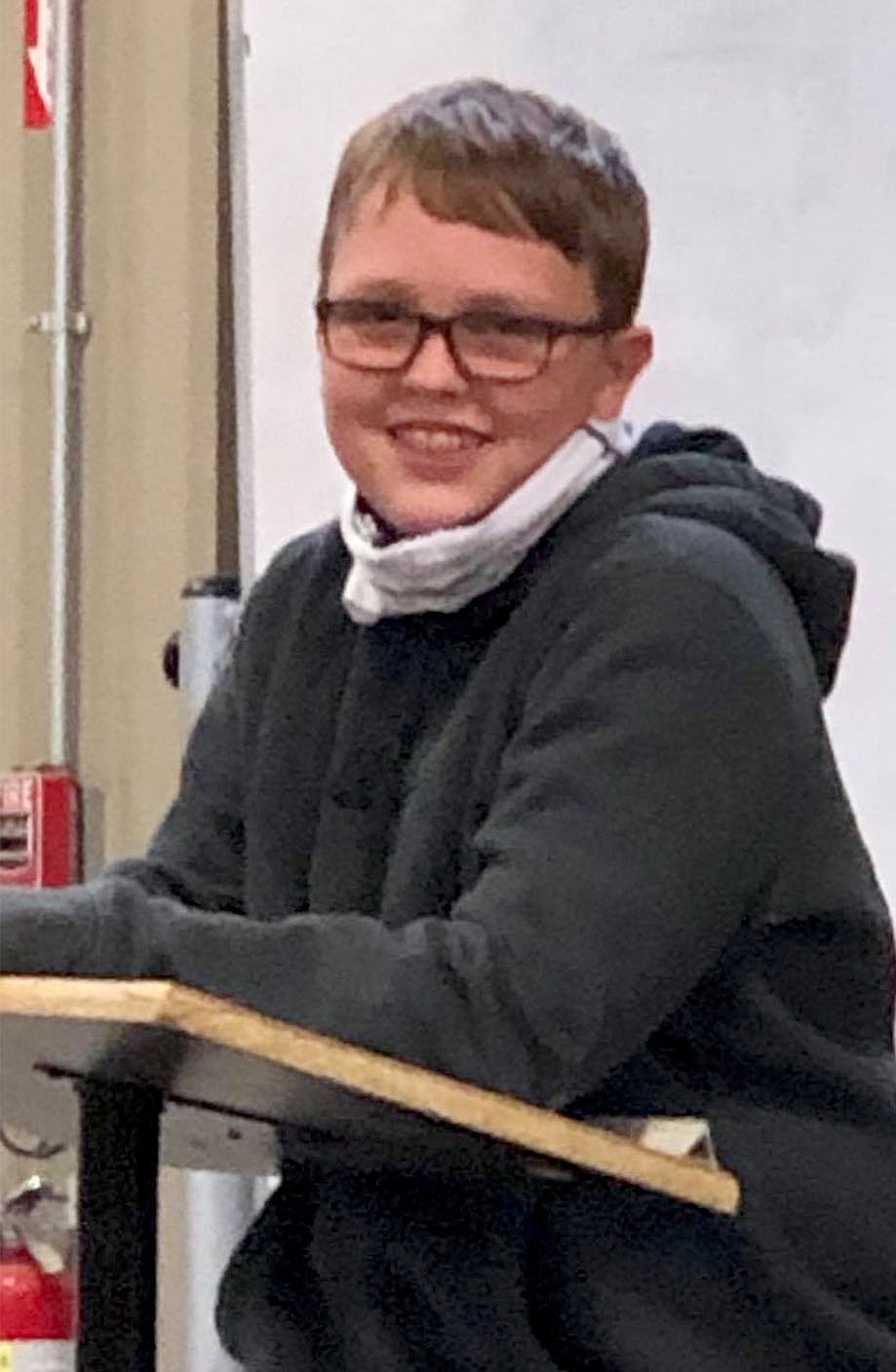 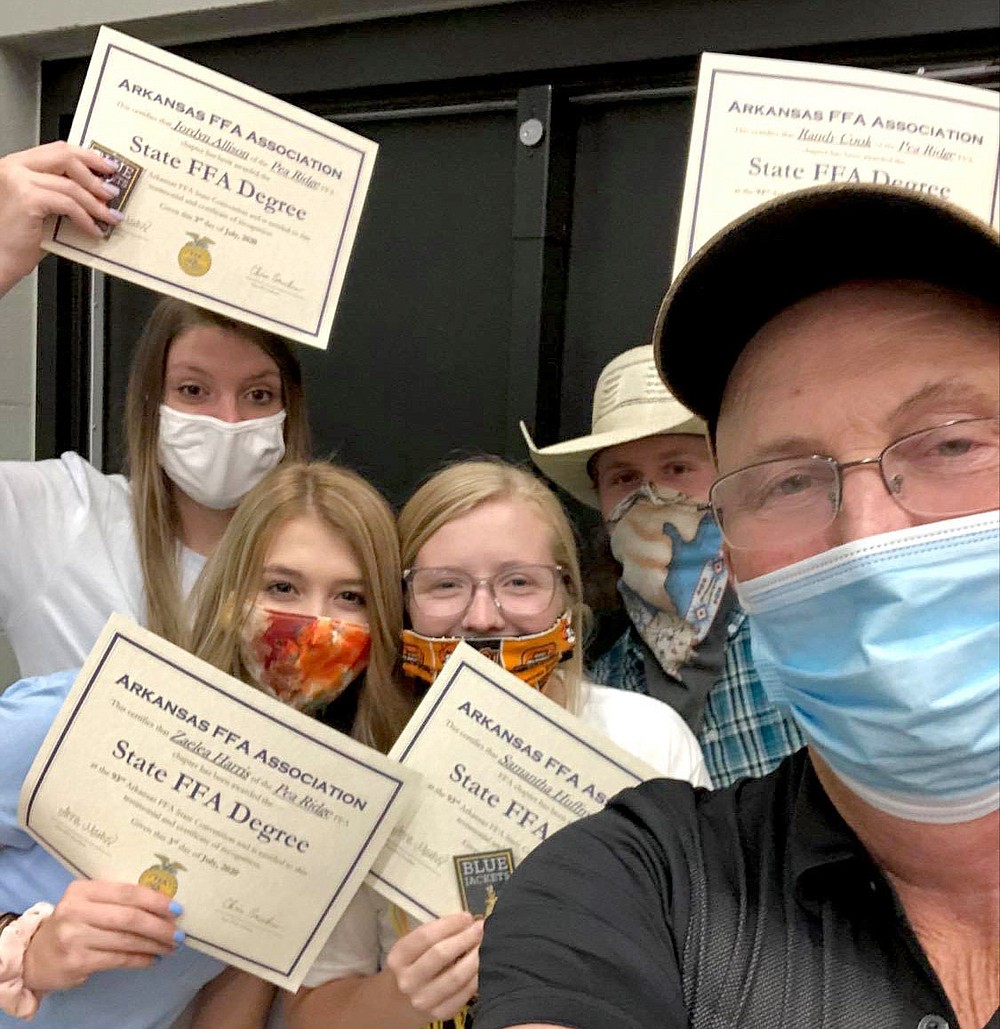 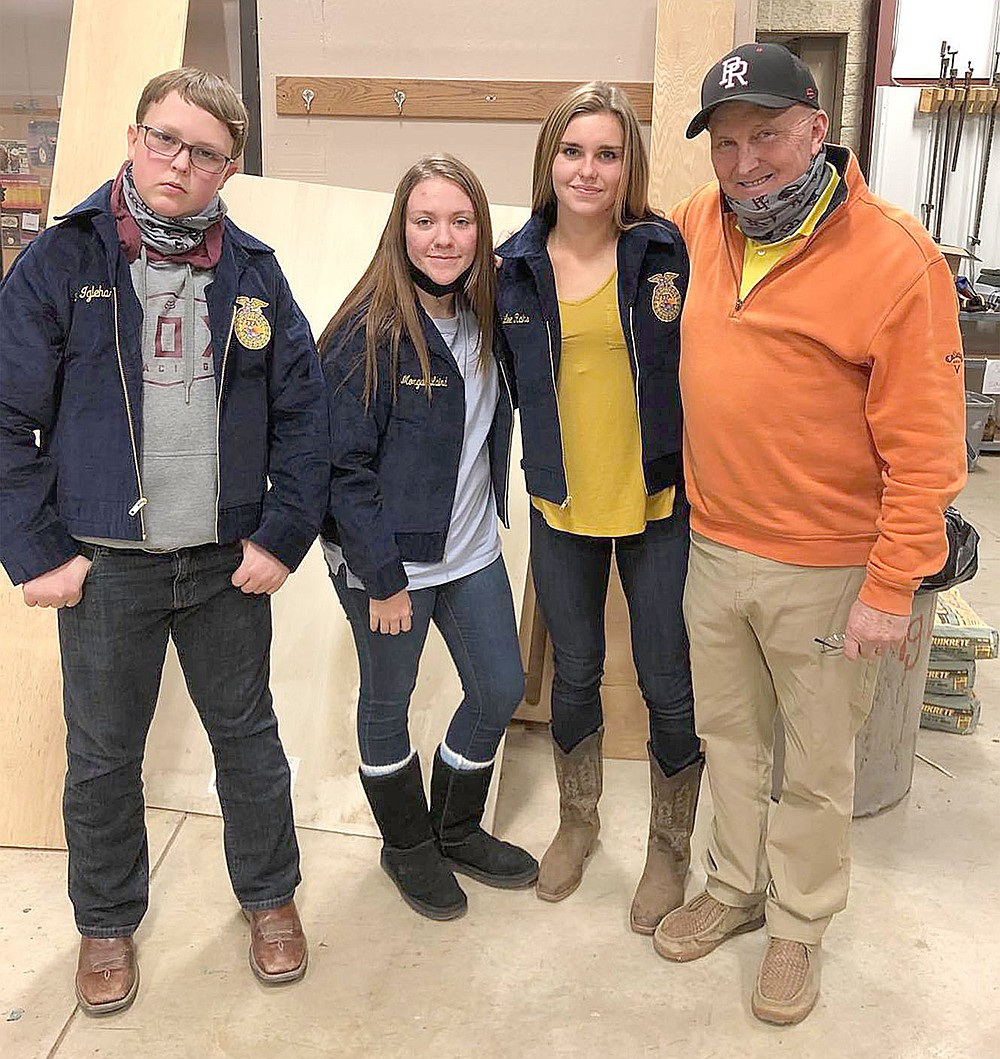 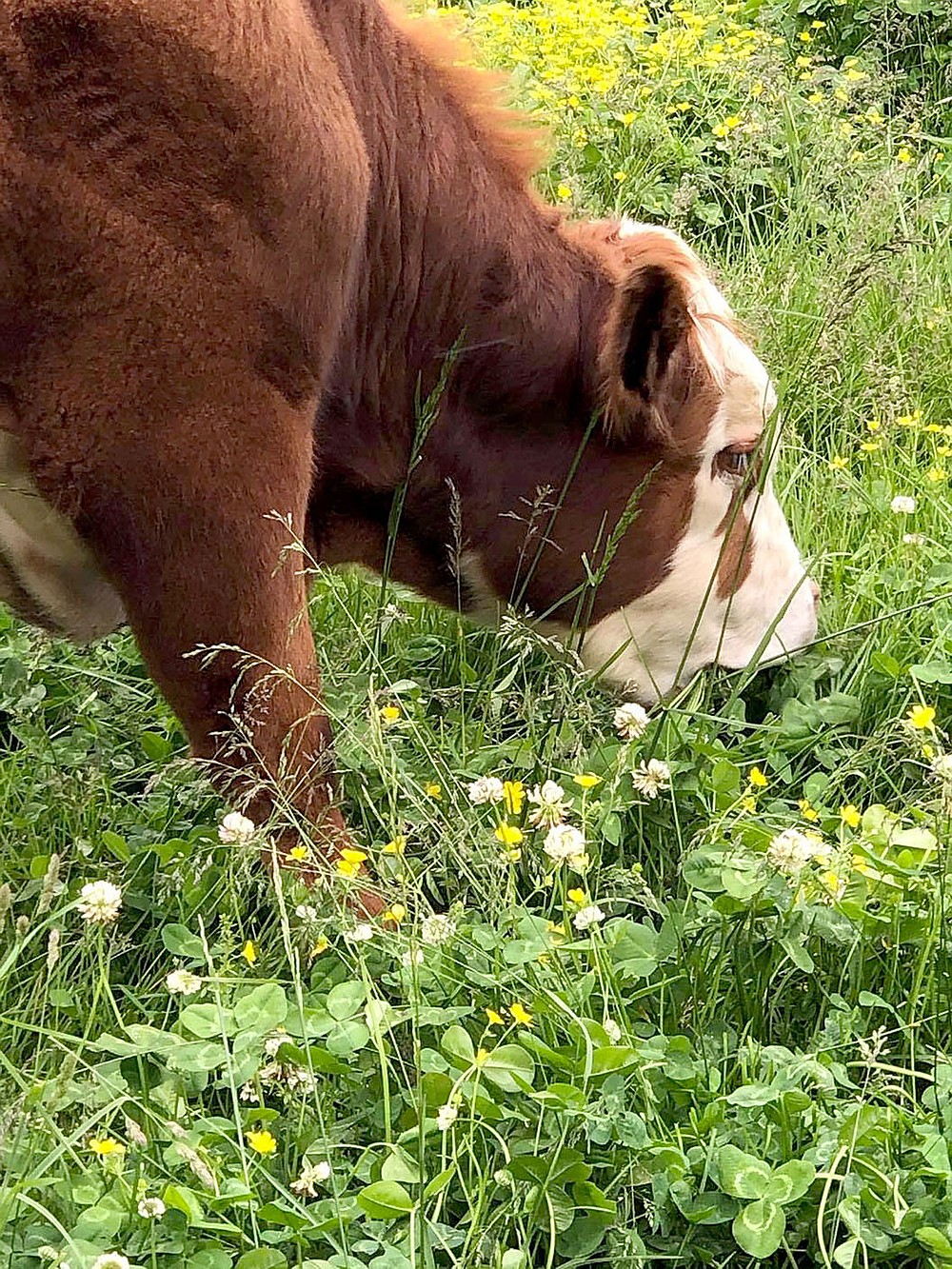 I believe in the future of agriculture, with a faith born not of words but of deeds – achievements won by the present and past generations of agriculturists; in the promise of better days through better ways, even as the better things we now enjoy have come to us from the struggles of former years.

I believe that to live and work on a good farm, or to be engaged in other agricultural pursuits, is pleasant as well as challenging; for I know the joys and discomforts of agricultural life and hold an inborn fondness for those associations which, even in hours of discouragement, I cannot deny.

I believe in leadership from ourselves and respect from others. I believe in my own ability to work efficiently and think clearly, with such knowledge and skill as I can secure, and in the ability of progressive agriculturists to serve our own and the public interest in producing and marketing the product of our toil.

I believe in less dependence on begging and more power in bargaining; in the life abundant and enough honest wealth to help make it so–for others as well as myself; in less need for charity and more of it when needed; in being happy myself and playing square with those whose happiness depends upon me.

I believe that American agriculture can and will hold true to the best traditions of our national life and that I can exert an influence in my home and community which will stand solid for my part in that inspiring task.