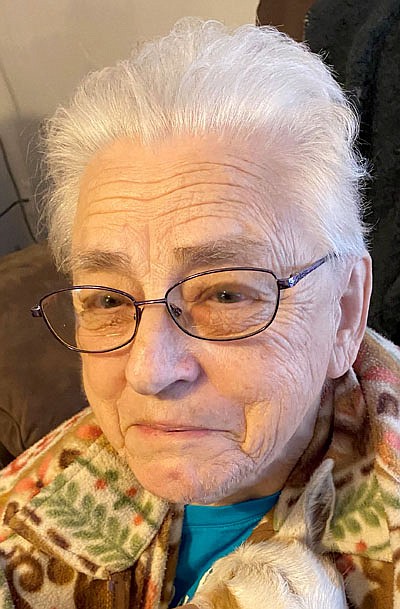 She was born Jan. 13, 1934, in Row, Okla., to Martin Quince Porter and Ida Mae (Linam) Porter. She married Quinton Ghormley on April 30, 1955. She graduated from Northeastern Oklahoma State University in Tahlequah, Okla., and became an elementary school teacher.

She was preceded in death by her husband and her sisters, Ruby Nichols, Peggy Floyd and Wanda Bodine.

Visitation will be 1 to 3 p.m. Saturday, April 10, 2021, at Wasson Funeral Home in Siloam Springs, Ark. Burial will be private.

An online guest book is available at www.wassonfuneralhome.com.

Wasson Funeral Home of Siloam Springs is in charge of arrangements.

Frances was born on October 21,1938, to Pershing and Kitty (Conley) Walker in Ardmore, Oklahoma, at the home of her grandmother.

The family moved to California when Frances was one year old to find employment. Frances attended Fresno Adventist Academy and later Pacific Union College where she met the love of her life Derek Miller. They were married in 1958 and started a family by 1960. They were happy to have four sons. For job opportunities the family moved to Northwest Arkansas in 1972 where they raised their family and later retired. They loved to travel and go on mission trips.

Frances enjoyed sewing, baking and gardening. She loved Jesus and prayed earnestly every day. When the Pastor asked if she had any special prayer request: it was only for her children and grandchildren. She was ready to rest until Jesus comes to awaken her.

She lost her beloved Derek after 52 years of marriage.

She leaves her family: William Miller and wife Rose of Gentry, Arkansas, Danny Miller and wife Paula of Ooltewah, Tennessee, Tommy Miller and wife Aleta of Gentry, Arkansas and Skip Miller and wife Shannon of Hixson, Tennessee. She was blessed with 10 grandchildren: Robert Miller and wife Crystal, and Jessica Whiteley of Gentry, Blaine and Samantha Miller of Gentry, and Amanda and Dustin Dalton of Siloam Springs, Delaney and Ivey Miller, Farah and Ava Miller, and Taylor Pack, all from the Chattanooga, Tennessee area; her great- grandchildren: Colton, Logan, Chloey, Derek, Hailey, Parson, Ashlynn, Lawson, Easton, Serenity and Trinity. Frances is survived by her sister Cheryl Walker-Robley and her husband Keith of Gentry. Also survived by many cousins, other family members and friends. She fostered many children over the years and was grandma to all and especially to her special needs boys Mike and Tim.

She was predeceased by one grandson, Carter Miller of Tennessee.

Funeral services will be 3 p.m. Saturday, April 10, 2021, at Gentry Seventh-day Adventist Church in Gentry, Arkansas. Burial will follow at Bloomfield Cemetery near Gentry. Visitation will be from 6 p.m. to 8 p.m. Friday, April 9, 2021, at Wasson Funeral Home in Siloam Springs, Arkansas.

In lieu of flowers, donations may be made to National Down Syndrome Society on their website at www.ndss.org.

She was born April 20, 1941 in Whitesboro, Texas, to H.T. Latimore and Opal Aline Locke and raised by Ruth Latimore when H.T. remarried in 1943 following Opal's death. Wanda had no siblings. She graduated high school in 1959 at the age of 18. She married Glen Worthington in the summer of 1959, was married for 19 years. During that time, she had three children, Rex Worthington, Sandi Truitt and Christy Sutton. She divorced in 1978 and met the love of her life, Charles Rogers of Greenland, Arkansas, who she married on November 26, 1983, at the age of 41.

Wanda was an active member of Eastgate Church of Christ in Siloam Springs, Arkansas. She loved her church family and friends. Her family remembers her as the kindest and most selfless example of a Christian woman. Her children would describe her as the best mom they could ask for. Wanda always thought of others before herself. She was a peacemaker for the family. She sacrificed a lot to make sure her children were raised right and had the best childhood she could give them. Her biggest priority was her family.

Her grandchildren knew her as "Granny Goop" a nickname given to her by her husband Charlie. They would describe her as the most fun, empathetic, graceful and kindhearted role model they could ask for. She was the center of the family for them.

Wanda loved her friends, family and her community. Wanda volunteered at Siloam Springs Hospital, helped in the community through Meals on Wheels and was president and treasurer of Entre nous Sorority. 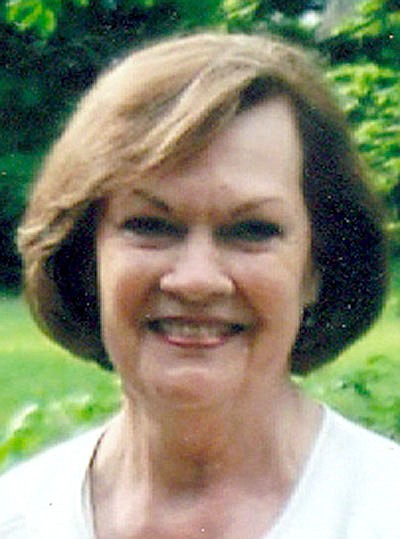